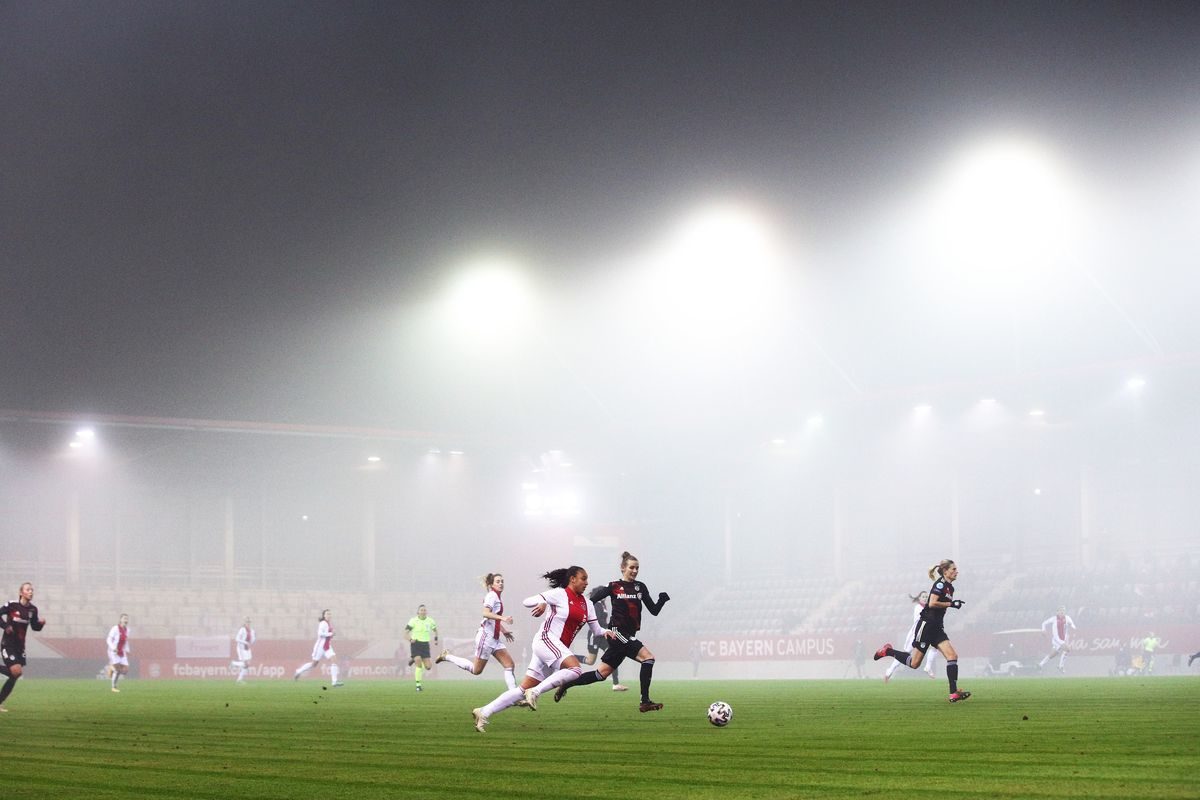 The world of women’s soccer has never been more exciting. Even though a pandemic has deprived us from watching from the stands, modern technology allows the dedicated fan a chance to fill up their calendars and stream women’s soccer fixtures almost every day of the year! (Here in Washington, DC this has meant watching many games before sunrise.)

With a new year upon us, now is a perfect time for www.OnlyWomensSoccer.org to share what we know about catching all of the action in women’s soccer.

Part I of this post provides information on eight of the top women’s leagues in Europe and North America as well as how to tune in. In a few weeks, look for Part II to cover the top leagues in Africa, Australia, South America, and Asia.

Part I: Europe and North America 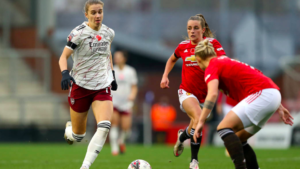 About the League: England’s Barclays FA Women’s Super League (WSL) is considered the “best” league in the world by many women’s soccer fans. Although some may argue with this opinion, the caliber of its players from across the world is enough explanation in itself. Each team is fully professional, though with some receiving much more funding than others, the league table can be predicted with relative ease.

What to look for in 2021: Coming out of winter break, Manchester United clench the top of the table with 26 points. Competition for Champions League (UWCL) slots will be tight, with the “big three” (Arsenal, Manchester City, and Chelsea) battling it out for automatic entry. At the bottom, Bristol City find themselves in hot water with just two points allocated from ten matches.

For all games not streamed on The FA Player: 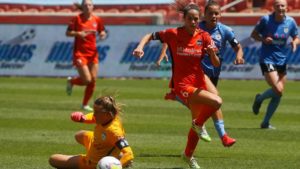 About the League: America’s National Women’s Soccer League (NWSL) runs differently than leagues on the other side of the Atlantic. It does not use a promotional system and is largely built off of the NCAA college sports network. The NWSL has been fully professional since the dawn of its existence, but players are often viewed as lucrative objects instead of people. The gulf between European sides and the NWSL widens even greater with the league running from April to October.

What to look for in 2021: The league consisted of nine teams this past season. However, plans were announced last year to raise this number to 11 by 2022. Changes within existing team are also exemplified in the Utah Royals relocating to Kansas City for the coming season. Nevertheless, the NWSL is looking to make changes on the back of a successful league cup (Challenge Cup) campaign. 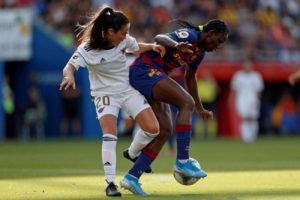 About the League: The Primera División Femenina shows off the Spanish style for which it is known in technique and prospering youth talent. The league has fought long and hard for its federation to recognize its potential and the announcement of professionalism last year was awaited with bated breath. The Primera División runs from September until May, but was pushed back due to the incompetence of the Royal Spanish Football Federation. Read more about that here.

What to look for in 2021: The Primera División temporarily consists of 18 teams as a result of the current pandemic. The relegation battle will be hard fought with the reversion to 16 teams next season. Currently, Barcelona sit top of the table with three games in hand and a whopping +60 goal difference. Although the league may not look competitive from this statistic, audiences are assured that Barcelona is the only true outlier.

For various matches (A VPN is necessary outside of Spain): 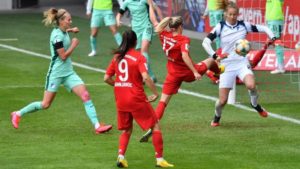 About the League: The historical success of the Frauen Bundesliga was, as many believe, the result of German international achievements. The league has held a host of famous internationals over the years, although most have left for other prospects. The Frauen Bundesliga contains 12 teams with a competitive and physical spirit, and prides itself in its professionalism. The season lasts from September until early June with a substantial winter break in the middle.

What to look for in 2021: The tides have turned again in the Bundesliga with Bayern Munich returning to its form from almost half a decade prior. UWCL finalists Wolfsburg have dropped unlikely points this season without the core squad of a prosperous era. MSV Duisburg sit bottom of the table, but will surely not go down without a fight. 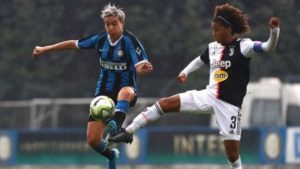 About the League: Owing to the recent successes of the Italian national team in the 2019 Women’s World Cup, the Serie A has been cast into the limelight. Recent transfers such as Lina Hurtig and Vero Boquete have further pushed the league to its highest standard ever, but it has not always been this way. Recent protests by the players against the Italian Football Federation have allowed Italian women’s soccer to find its footing. Because of this, the league is recognized as fully professional.

What to look for in 2021: The Serie A consists of 12 teams and runs from September until May. Juventus are currently at the top of the table with newly promoted Napoli still struggling to find a win. Roma and AC Milan are up and coming success stories, with each formidable club taking the step forward into the world of women’s soccer investment.

For all teams (A VPN is necessary outside of Italy):

For other teams check social media (these streams are not consistent): 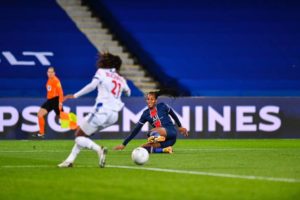 About the League: France’s Division 1 has been a known commodity in the women’s soccer world for some time now. Famous Americans such as Tobin Heath, Alex Morgan, and Megan Rapinoe have each played stints in the league’s top clubs. The Division 1 runs from September to June, with a winter break throughout the holiday season. The league is currently semi-professional, with a barrier of investment resting between mid-table sides.

What to look for in 2021: Olympique Lyonnais, commonly known as Lyon, have won the Champions League a record seven times. If that does not prove a team’s dominance, 15 consecutive league titles should do the trick. This year however, things seem different. Paris Saint-Germain reign over the 12 team table with Lyon in second place after an emphatic 1-0 victory before the break.

For various games (most will either require a VPN or pay requirements): 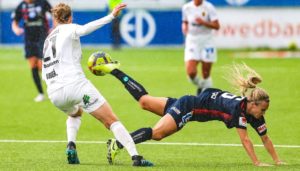 About the League: The Damallsvenskan has been one of the top leagues in the world since the 1980s. For context, women’s soccer was illegal in England until the beginning of this decade. Although the Damallsvenskan is now attributed to more domestic competition, it still upholds the prestige of its history. The season runs from April until October and consists of 12 teams.

What to look for in 2021: Although Sweden is proud of it’s treatment towards the semi-professional Damallsvenskan, the almost-fatality of league winners Kopparbergs/Göteborg FC show the continued financial fragility of the women’s game. At one point, the best players in the world populated this Swedish league. With the collapse of legendary sides such as Tyresö FF and Umeå IK, the financial capabilities of allowing the Damallsvenskan to reach its potential are doubtful. 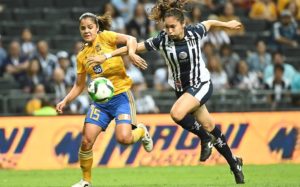 About the League: Mexico’s Liga MX Femenil was built in 2017 upon realizing the prosperities of investing in the women’s game. The league is split into two separate competitions. The first is the Apertura tournament from July to December, and the second is the Clausura tournament from January until May. The Liga MX currently fields 18 teams with 16 of those having affiliate clubs in the men’s first division.

What to look for in 2021: Tigres UNAL became champions of a specialized league tournament as a result of the pandemic this past December, with an exciting 3-2 win on penalties to Monterrey. The league is fully professional, and was created to foster the development of women’s soccer in Mexico on both a domestic and international level. With World Cup qualification on the horizon, increased interest in the league could find Mexico in fierce competition for a ticket to 2023.

For other teams check social media (these streams are not consistent):

The wide world of women’s soccer is just starting to realize how far it can go. Hopefully, providing informative and interesting content will allow Only Women’s Soccer to do its part with creating gender equality in sports. Stay tuned for new updates coming out soon!