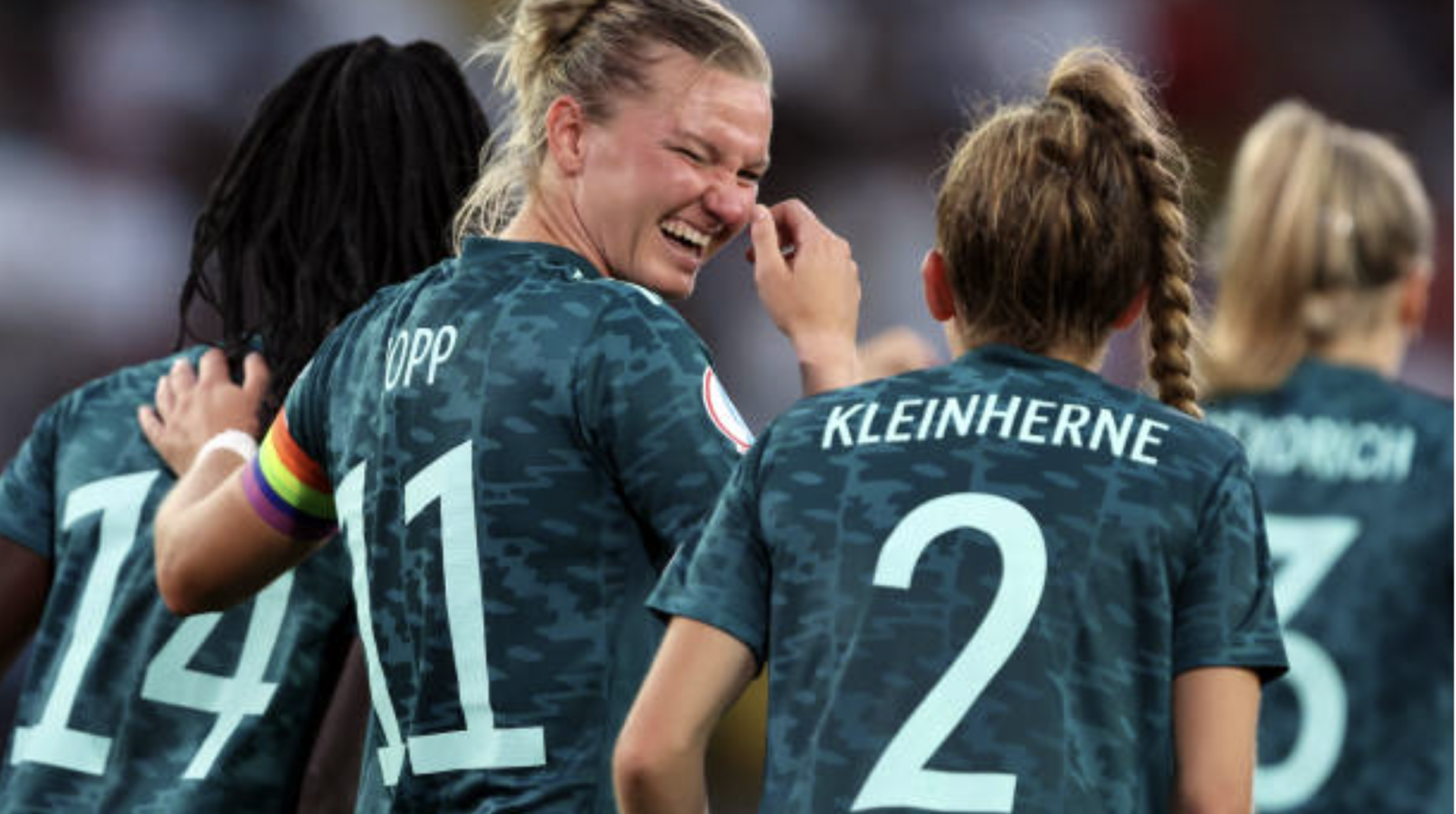 Embed from Getty Images
The last time the United States played Germany was in 2018 at the She Believes Cup. It is safe to say that both teams were in a very different place, both in terms of rosters and run of form. Germany scored a whopping one goal in three games in that tournament, while the United States secured first place.

Coming off the back of a successful Euros campaign and with players in mid-season form, I believe that Germany have the upper hand (Though some may say transatlantic flights and discordant Miami weather suggest otherwise). Here are a couple areas of interest:

Embed from Getty Images
Since the Euros, Germany has lost both Giulia Gwinn and Marina Hegering to injury. An ACL tear may have ended Gwinn’s World Cup hopes for next summer. Hegering is already back and firing for Wolfsburg, but her inclusion in this international break would have been premature.

Gwinn’s speed and strength in both attack and defense give her the perfect foundation to be successful as a modern fullback. However, her positional awareness and intelligence put her a cut above the rest. Gwinn has played in the top flight of the German Bundesliga since she was 16 and this experience is on full display against competitive opposition.

As for Hegering, injuries have plagued the 32 year old for the majority of her career. Her top level performances this summer are a true testament to her unbreakable mentality.

The absence of Gwinn and Hegering leaves a lack of stability and strength in the German backline. An area of concern before the Euros must once again be addressed by manager Martina Voss-Tecklenburg against the United States.

Sophia Kleinherne is the logical option to replace Gwinn at fullback. Her technical ability and attacking presence give her a similar style of play to the Bayern defender. Games against the United States would allow Kleinherne to bed in to the German system looking ahead to the World Cup next summer. However, Voss-Tecklenburg has other ways to approach this match.

Should Voss-Tecklenburg opt to play Kleinherne at center back, Maximiliane Rall is another, but perhaps less optimal, option at fullback. Her physical presence permits her some leeway when it comes to lack of positional understanding. Rall is primarily deployed as a forward winger at club level. Against the more streamlined styles of Trinity Rodman, Sophia Smith, or Mallory Pugh, in-depth positional understanding may be less important than the physical matchup.

Against the United States, Rall at fullback and Kleinherne at center back may suit Germany’s chances the best. Nevertheless, these games are in the lead-up to a World Cup. Presuming Hegering will return for the next round of fixtures, playing Kleinherne out wide would allow her to build chemistry on the field. Sjoeke Nüsken and Jana Feldkamp are good alternatives at center back to pair with Kathrin Hendrich.

Embed from Getty Images
A recent hot topic will come to a head in tonight’s matchup. The United States midfield has been an area of concern following the break in games due to COVID-19 in 2020. Andi Sullivan looked to be a sensible option. Unfortunately for the United States, her connection with Rose Lavelle and Lindsey Horan is lacking.

The shuffling around of players due to injury and rotation is what coach Vlatko Andonovski cited as a main issue. Various other suggestions have been made surrounding Sullivan’s fit within the national team lineup and the ability of Lavelle and Horan to shift to occupying more defensive spaces. Many want to see Sam Coffey prove herself in defensive midfield either alongside or in place of Sullivan. The 23 year old was a standout player for Portland in her rookie season and (as of earlier today) just signed a contract extension with the Thorns through 2025.

No matter who starts, it will be interesting to see how they can handle a formidable German midfield trio. Lena Oberdorf is a mainstay of their starting lineup and will limit the amount of chances that can be created by driving through midfield. With the link-up play between Lavelle and Horan stifled, the United States would need a playmaking center midfielder to split German lines. Otherwise, to put it lightly, things will not go according to plan for the team currently ranked number one by FIFA. Germany boast an embarrassment of midfield riches including Lina Magull, Linda Dallmann, Sydney Lohmann, Lena Lattwein, or even Alexandra Popp.

Even as the United States wait for the injuries of Sam Mewis and Catarina Macario to heal, issues in midfield cannot solve themselves. These matches against Germany will determine whether the changes necessary are purely tactical or whether midfield personnel need to be shifted around.