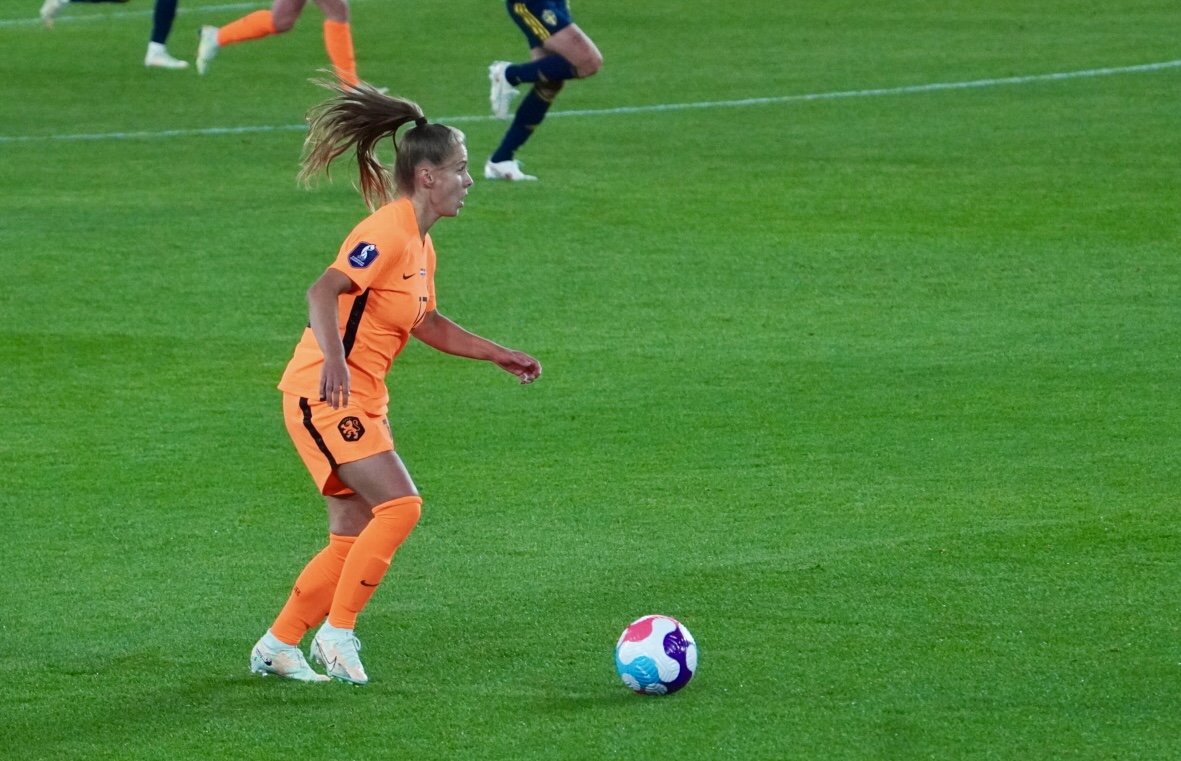 Major tournaments always open my mind up to a plethora of talented players I can’t watch enough of. This experience was heightened by attending many of the matches myself. The articles I wrote during the Euros are on Her Football Hub.

Here are three players I watched in person that I want to share:

There’s no other way to describe Lina Magull on the field than a panther. Her commitment to pressing, tracking back, and getting herself open is second to none. At some points, Magull is a defensive midfielder, at others, she is the central striker. Magull makes the German midfield tick. Her press-resistance, technical ability, and work ethic allow players such as Sara Däbritz and Lena Oberdorf to play to their maximum capability.

In a midfield without Dzsenifer Marozsán and Melanie Leupolz, Lina Magull made herself the center of the German attack. Her three goals in this tournament show her indispensability. She sets the tempo for the match the second the whistle is blown. The Bayern captain shows her leadership by setting the bar high. Every ball was fought for and every pass was purposeful. Germany showed no fear coming into the final against England, even without the likes Alexandra Popp and Klara Bühl. Lina Magull dragged her side through the 90 minutes she was on the field with every ounce of her energy.

The German national team was my favorite team to watch this tournament. Lina Magull was a large reason for this. To me, Lina Magull was the best player on the field in the Euro final versus England at Wembley. I hope to watch the Bundesliga next year with the same intensity that Magull shows on the pitch.

Those who followed the Primera Iberdrola before the boom of Barcelona have always watched Ona Batlle with great interest. This tournament, Batlle was Spain’s best player. Her time at Manchester United has taken her game to the next level. Her strength on and off the ball gives her a multi-dimensional playing style. Batlle is never without options, whether it be a cheeky chip to break opposition press or a shoulder slam to keep possession.

Ona Batlle was one of my favorite players in the Spanish league when she played for Levante. Now, she’s one of my favorite players in the WSL. Nonetheless, I never realized the extent of her abilities until I saw Spain against Germany at Brentford Community Stadium. Her battle against Felicitas Rauch and Klara Bühl was more entertaining than any movie I’ve watched in the past year. Spoiler, Batlle emerged the winner.

This wasn’t Spain’s tournament. The loss of Alexia Putellas and strange coaching choices left many underwhelmed by their performances. That being said, Batlle is a great example of the young talent Spain is known for. Her technique, drive, and audacious tricks make her a fun player to follow. Consider watching teams other than Real Madrid, Atléti, and Barça in the Primera Iberdrola if you haven’t already.

Victoria Pelova is a player I really want Arsenal to sign for next season. Yes, her only start in this tournament came in a game where the Dutch were poor. That being said, this start was well deserved. Victoria Pelova did not play a single minute in the World Cup three years ago. The then 20 year old insisted she was just happy to be there. I really hope she isn’t satisfied with the minutes she was given this time around.

Pelova is a firecracker. She is so much faster than I ever realized when watching her on TV and is never afraid to put on a show with her dribbling. Her technique and vision are outstanding. Simultaneously, the aesthetic of her play is raw and untamed. This gives her an endearing on-field persona that translates to off-field interviews. Her willingness to track back and feed balls to the front line make her an ideal partner for the attacking minded-fullbacks currently popular with big-name teams.

Against France, Pelova struggled to make her mark on the match. However, against Sweden and Portugal this couldn’t be farther from the case. Once Pelova is scooped up by a team outside the Netherlands, the speed of play and awareness will come easily.

All image credit goes to @edwardcmetz