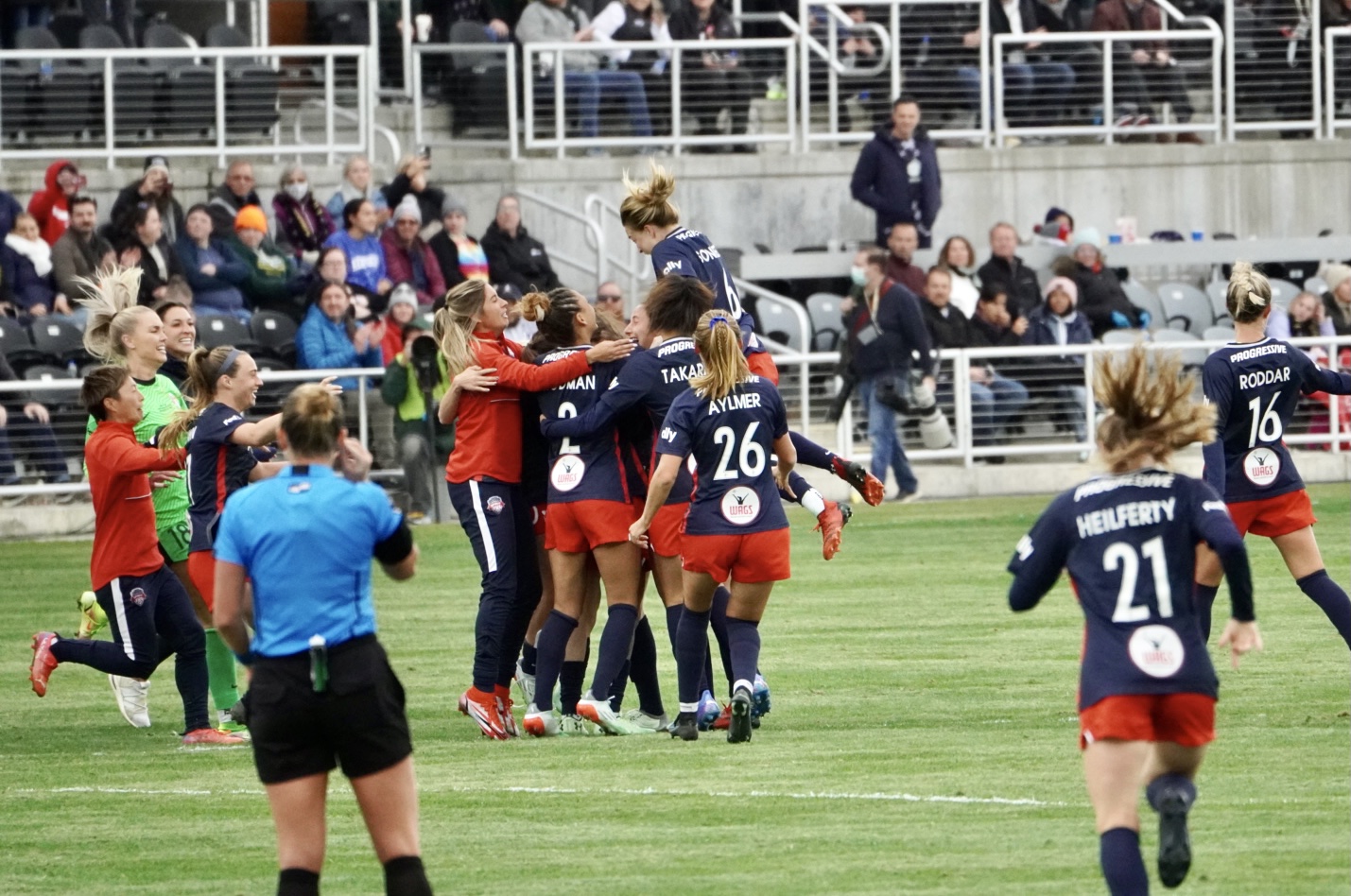 Chicago’s growing injury list was worrisome for many fans as they took on one of the hottest teams in the NWSL. The Washington Spirit had not lost a game since the resignation of their manager Richie Burke in late August. The starpower in the DC side is similar to that of many European giants. Technique, youth, and American feistiness led the Spirit to their first NWSL final in five years. These talents, along with resilience, gave them an edge against their Chicago counterparts. 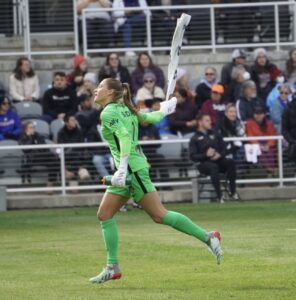 The Chicago Red Stars entered into the 2021 NWSL final with a mission to nullify the focal points of the Washington Spirit attack. Andi Sullivan and Ashley Hatch were marked out of the game for its entirety, forcing the Spirit to find alternative solutions. Katie Johnson created the first real chance of the half after capitalizing on an uncharacteristically poor clearance from Emily Sonnett. Bledsoe pushed the curling effort wide.

The Red Stars broke the deadlock seconds before the end of the half. Arin Wright took advantage of a stumble by Kelley O’Hara and lofted the ball to Rachel Hill at the back post.

Trinity Rodman single-handedly became the Spirit’s solution in the second half. The nineteen-year-old winger rifled a shot from outside the box shortly after minute 60. Her effort rebounded off the post with force. Five minutes later, Tara McKeown was fouled in the box after receiving the ball from Rodman. In true captain fashion, Andi Sullivan showed no hesitation stepping up to the spot. Her penalty, although limited in pace, struck the back of the net to a chorus of relieved sighs and extravagant cheering.

In the minutes following, the Spirit pelted the Red Stars with waves of attack. Nevertheless, the game headed to extra time.

In the 96 minute, Trinity Rodman curled the ball towards the back post. Kelley O’Hara showed the resolve of a champion with an excellent header at the back post to put the Spirit up 2-1. After a flurry of Chicago opportunities, the Spirit evaded penalty kicks and won their first ever NWSL Championship. 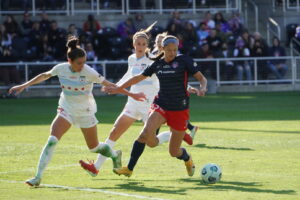 The Chicago Red Stars targeted Andi Sullivan, the pivot of the Spirit attack, to halt operations across the Spirit front lines and force turnovers in Chicago’s attacking third. In the first half, this strategy worked excellently. Unlike the Spirit’s first playoff match against the North Carolina Courage, Sullivan was not marked by one player. Andi Sullivan was marked by a total of three players in the Chicago midfield and forward lines. Her inability to turn with the ball and release pressure for her back line made it almost impossible to keep possession.

A typical plan B would consist of many long balls to wide and forward areas. The Spirit are excellent at pinpoint-precise aerial passes. Sam Staab and Andi Sullivan have each produced assists under immense pressure. However, Chicago predicted this escape mechanism.

Once a member of the Spirit back four looked to launch a ball forward, the Chicago defenders would drop. In addition to preventing a counter attack, this strategy ensured Chicago’s regaining of the ball.

Furthermore, Chicago’s back line is physically talented. Center backs Sarah Gordon and Tierna Davidson are one of the best pairings in the league, with an ability to read the game and match strikers for pace. Gordon in particular was a standout this season, playing every minute of Chicago’s 2021 campaign. 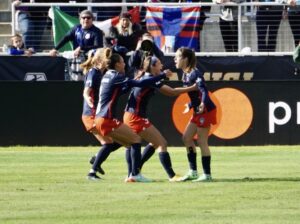 As the Spirit found their footing, the momentum of the match swung heavily in their favor. At outside back, the Spirit swapped Tegan McGrady for the more attacking-minded Julia Roddar. Chicago’s central marking left them vulnerable in wide areas. As the Spirit started to completely bypass their midfield, switching the ball from left to right, pockets of space opened. Kelley O’Hara and Julia Roddar made use of this space, allowing the Spirit forwards freedom to cut inside and expose the Chicago back line. 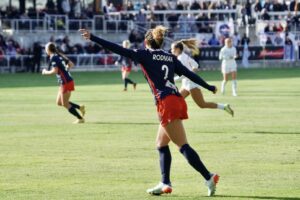 The Spirit season has been defined by big-name players stepping up in big-time moments. During Saturday’s season finale in front of a national audience, starpower won out.

Trinity Rodman cemented herself as not only the future of the United States national team, but as a trailblazer for the new era of women’s soccer. Down 1-0 in the second half Rodman took the game into her own hands by demanding the ball and imposing her skills on attack. Rodman was the central figure in both of the Spirit’s goals. Her pass to McKeown led to a penalty and her assist to O’Hara won the game.

The rest of the Spirit cast also rose to the occasion.

USWNT member Kelley O’Hara’s intuition and winning mentality will go down as a defining play in the history of the league years from now. Emily Sonnett’s playoff performance was nothing short of remarkable during the Spirit’s run to the final. Sonnett matched the creativity of the strikers she played against, making her body big to block numerous goal-bound shots. Andi Sullivan’s converted penalty was the culmination of leadership and perseverance from the DC captain. Aubrey Bledsoe saved the Spirit in the dying moments of the game with a clear presence of mind and some birthday luck.

The Washington Spirit are NWSL champions, and the future shines bright.