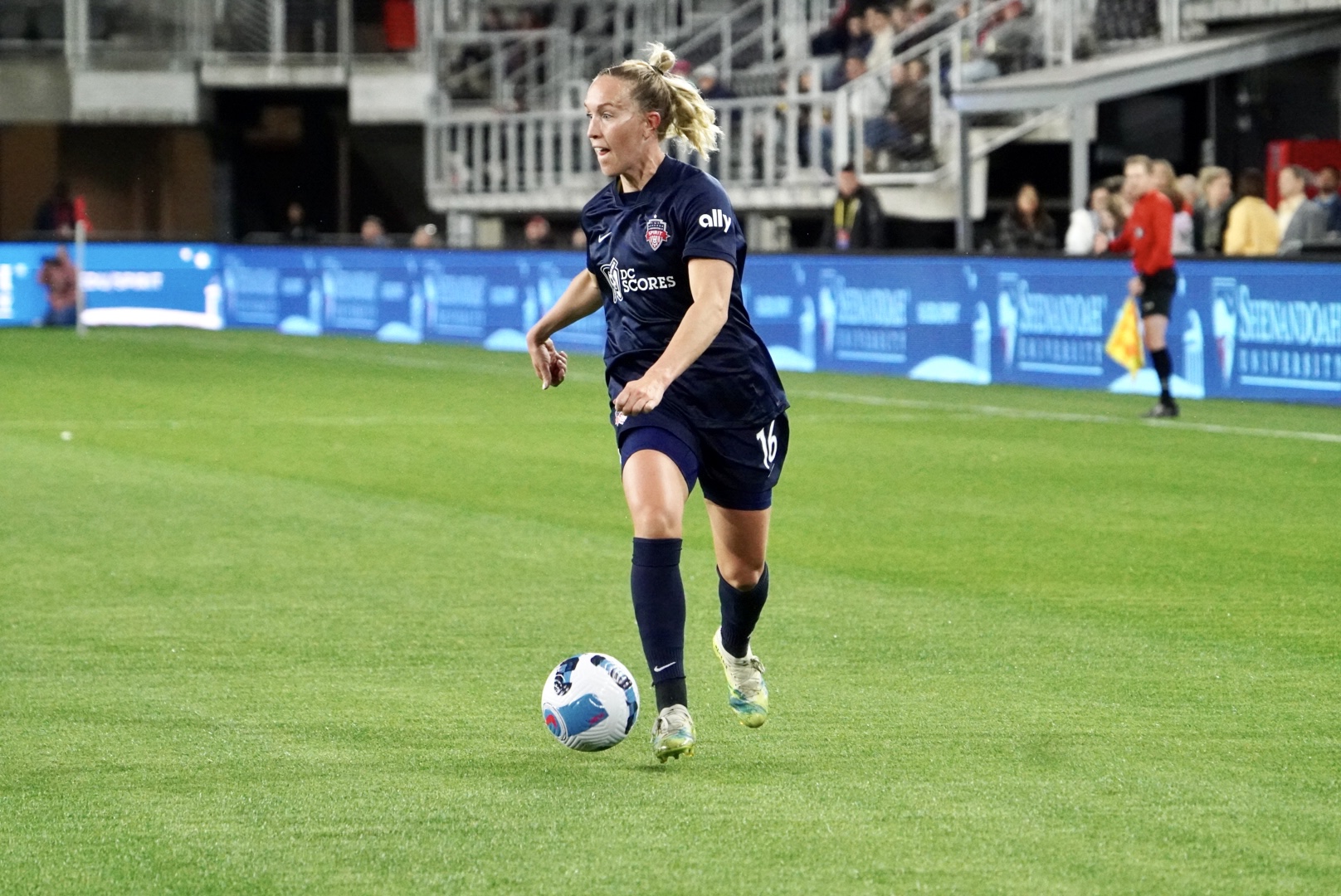 In their third game of the Challenge Cup, the Spirit struggled against the press of the North Carolina Courage. Two first half goals were enough to keep the title holders from a win, but Trinity Rodman and Ashley Hatch each netted in the second half to earn the point. The Spirit have tied the past three games. Although pre-season form does not equate to goal-fests, the titled winners must find a way to push for go-ahead opportunities. 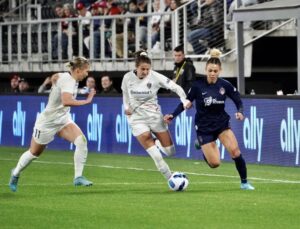 The Spirit set their lines in a typical 4-3-3, shifting Julia Roddar over to occupy a more central position to allow O’Hara maximum freedom going forward. The North Carolina Courage play a similar style to previous seasons, overloading one side of the field to stifle opposition. As North Carolina placed their overload on Kelley O’Hara’s right flank with Trinity Rodman in front, the Spirit were unable to create forward momentum.

On the left side of the field, Roddar had limited opportunity to move forward due to her central role. This left Anna Heilferty isolated one versus one with Courage fullback Merritt Mathias. Mathias matched Heilferty for speed and physicality, stifling the Spirit’s options to switch the field and attack the other way.

Rodman and Heilferty switch sides midway through the half, but their effort was futile. The Courage figured out how to pressurize the Spirit into playing up the right side of the field and force mistakes from both Heilferty and O’Hara.

With a series of midfield injuries and obvious positioning, the Spirit’s presence in the central area was limited. The Courage pressed the midfield heavily towards the right flank, forcing the midfield to backtrack or give the ball away. This isolated the weak side winger and, at times, the entire forward line. 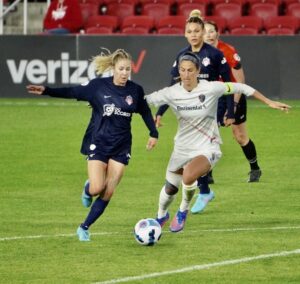 As the second 45 kicked into gear, it was clear that the Spirit had come out to compete. With Rodman and Heilferty regularly switching flanks, the forward line became less stagnant and less easy to pin down. Sanchez, without the same pressure as the first half, was able to get more involved in the game and create scoring opportunities.

The halftime substitution of Taylor Aylmer placed Andi Sullivan in a more defensive role, dropping back in front of her center backs to become a playmaker. This role suits the Spirit’s midfield line and rotation became clearer.

Additionally, the Spirit forced O’Hara to occupy a more defensive role. This released Roddar to frequently move forward on the left flank and combine with both Heilferty and Rodman. Heilferty flourished in this pairing without the expectation to beat a defender one versus one. When O’Hara did decide to push up, her runs were less predictable and matched the flow of the game.

With exactly half of their guaranteed Challenge Cup games played, the Spirit is in a good position to kick their performances up another level. The Spirit sits in third place behind Gotham and North Carolina, but can still finish on top with a few wins and luck from games out of their control.