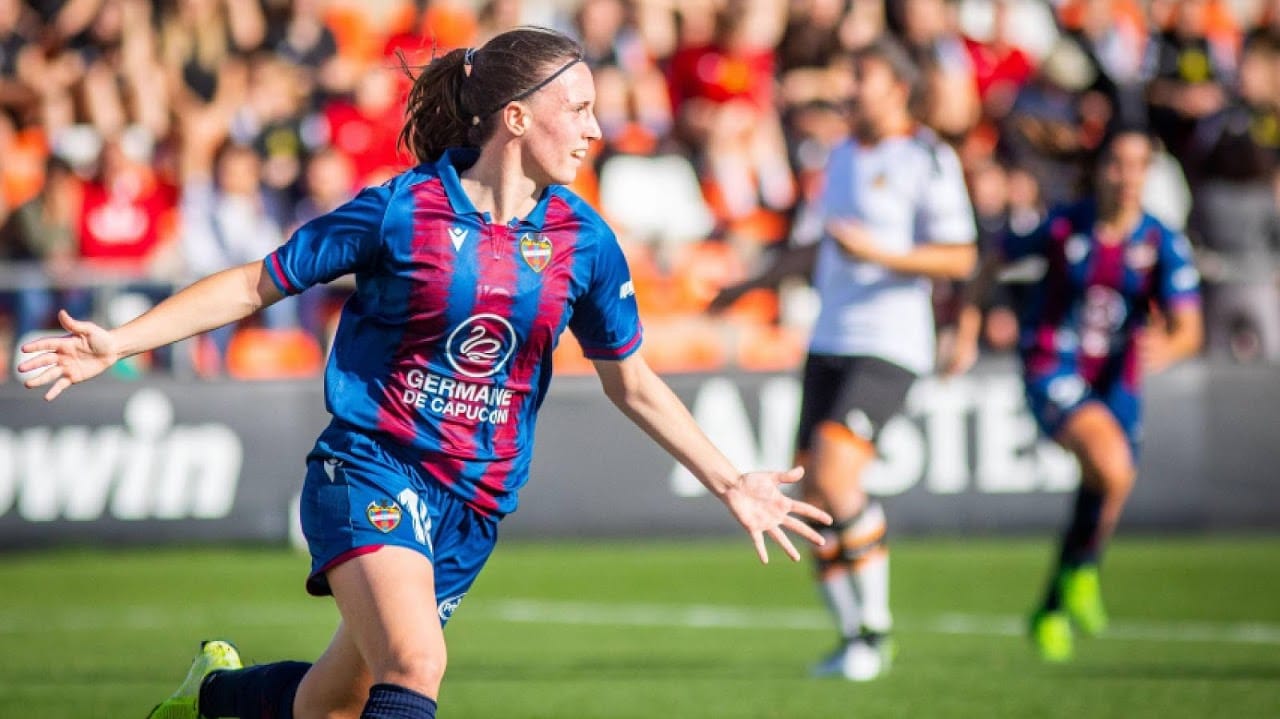 The Primera División Femenina, the top division for women’s soccer in Spain, boasts some of the most amazing talents in the sport, with it’s national team already trying to push the United States to their limits. The league in total is still in early stages of growth towards being one of the most highly regarded divisions in the world, with some of the most prospering international youth development squads seen currently in the game. Although the league is known for being technical, competitive, and passionate towards improvement and success, it has been hindered by the lack of support given from the Royal Spanish Football Federation (RFEF), the federation that all registered top division soccer teams in Spain are held under. Nevertheless, the league is thriving in terms of creating and taking in amazing players to advance the division even further and foster talent. The players talked about in this article are at three different stages in their careers and possess three different skill sets, all with the typical technical flair that the Primera División is best known for. All have one thing in common though, and that is the fact that they could be given the title of the Underrated Wizard of Spanish Women’s Soccer. 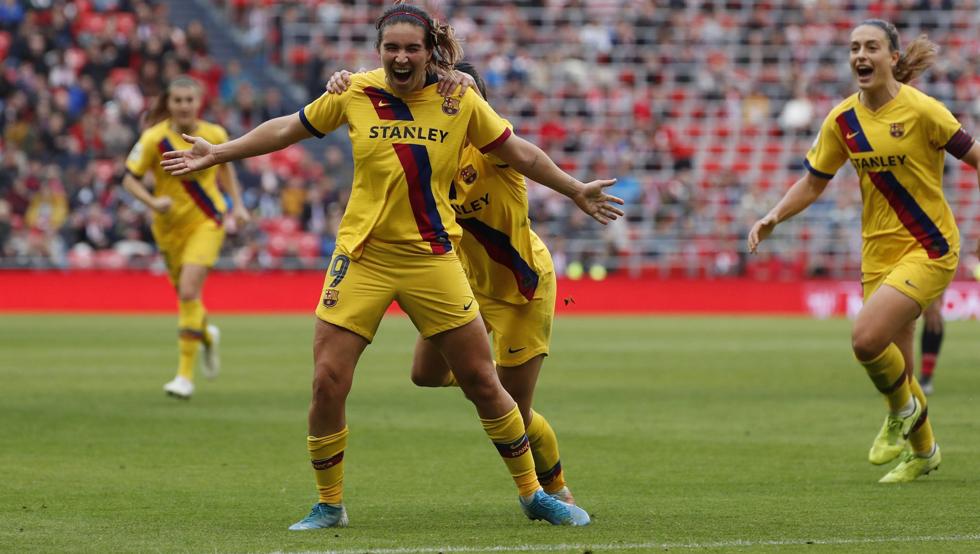 Mariona Caldentey, better known as Mariona in her home country of Spain, is a technical and energetic player for both Barcelona Femení, Spain’s most successful women’s team in recent years, and the Selección Española Femenina, the national women’s soccer team of Spain. Caldentey has found her groove within her club team of Barcelona, netting five goals in the 2019-2020 season and assisting four. A mainstay of the Catalonia side since 2014, the Mallorcan forward is a technical and pacey player who does well under pressure and will dribble circles around defenders if given the chance. Caldentey is most impactful on the wings. As a primarily left outside forward, her style of play involves cutting in and out with her favored right foot forcing the ball inside to cross or create an opportunity for herself. She works especially well with Caroline Graham Hansen, a Norwegian forward widely regarded as one of the best in the world, who can commonly be seen crossing the ball into positions for Caldentey to get onto the end of.

Along with Graham Hansen, Lieke Martens is the other left winger for Barcelona, winning both European Player of the Year and FIFA Player of the Year in 2017. What many do not know however (outside of those who follow Spanish soccer profusely), is that Caldentey’s level of skill is perhaps more than enough to be considered equivalent to these types of players. Caldentey has had her fair share of accolades across the years, and at only the age of 24, the sky’s the limit for this forward. Caldentey has won the league twice with Barcelona, once this past season, and many different tournaments throughout the league such as the Supercopa Femenina and two consecutive Copa de la Reina championships. Notably, Caldentey scored the only goal of the 2018 final in the last seconds of extra time, a huge deal for Barcelona who would go on to lose the league to rivals Atlético Madrid. Internationally, Caldentey was runner up in last year’s edition of the UEFA Women’s Champions League with Barcelona and is set to play in the quarter finals during this year’s tournament.

Caldentey’s story with the Spanish National Team has been nothing but successful so far. She won her first international cap in 2017, winning Spain’s first ever Algarve Cup title that same year. Last year, Caldentey was called up for the FIFA Women’s World Cup, starting all three group matches before coming on as a substitute against the United States where they failed to advance. Overall, Caldentey is a fascinating player to watch on the field, and completely underrated on the international stage. Although Caldentey’s scoring record may be seen as modest, the work she puts in every time she is on the field for any team she plays for has never been anything but grand. 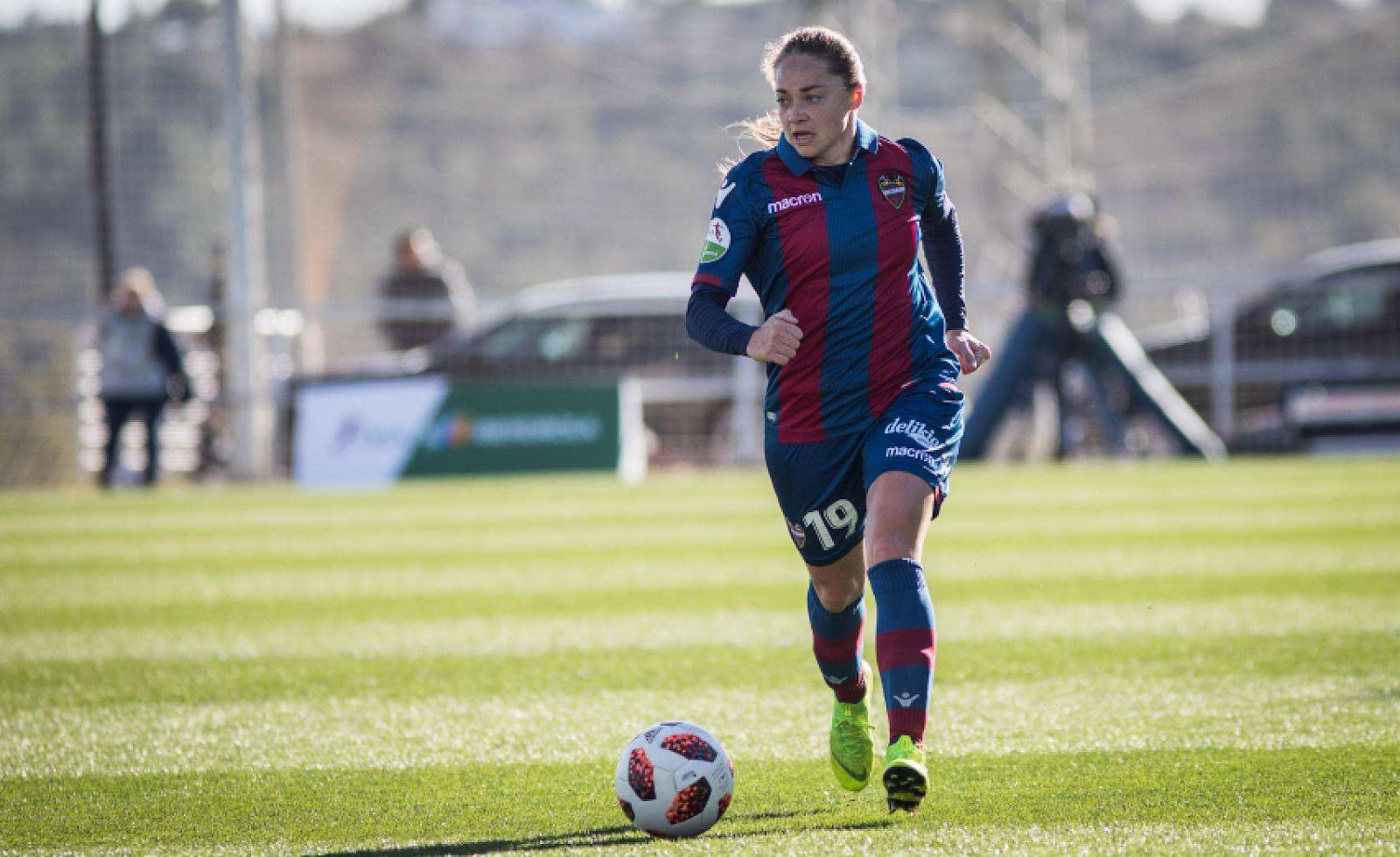 Estefanía Banini dislikes being called the female version of Messi, because this Argentinian number 10 has made a name all for herself. Banini has played the last few seasons in Valencia for Spain’s third ranked team, Levante UD. This season, Levante just narrowly missed out on qualifying for the UEFA Women’s Champions League, falling just five points short of Madrid superpowers Atlético de Madrid. Banini netted three goals and three assists this season, sealing her spot as a central component of the Levante midfield. Although Banini has seemingly just started to gain recognition at both club and international level, the 30 year old has been fighting the same uphill battle that many female athletes have faced since they were children. After failing to advance beyond the group stage in last year’s Women’s World Cup, various players, including Banini, on the Argentinian national team were left off the roster for the Pan-American games as a result of demanding change from Argentine Football Association (AFA). This is not a new story for Banini, who had to sit through 18 months of inactive play from her federation, culminating in a strike to ask for deserved rights.

In terms of play, Banini is again, another technical genius. Banini is a player who relishes having the ball at her feet and is always showing to the person in possession no matter how much pressure she is under to be able to make something happen. Banini has fancy footwork, cutting in and around players and working in tight central areas to advance play forward. In goals and opportunities she has created for both Levante and her previous team, the Washington Spirit, Banini is usually found capping off the chances that she herself started, pouncing on a loose ball in the box or slicing around defenders to get a good angle. Banini is a playmaker, and one that will pick out complicated passses with amazing vision for how the attack could advance beyond the next play. When she is at her best, Banini is easily one of the most notable players on the field.

Most of Banini’s accolades come from her time on Colo-Colo, Chile’s most dominant team in their top division. She won player of the year twice in her time there, in the consecutive years of 2013 and 2014, and won the league with the Chilean side all four years, captaining the team in her final year. Though perhaps for Banini, it is not the awards she receives that show what an impactful player she is, it is the stereotypes she has broken and the battles she has fought, and continues to fight, against her federation for adequate representation. 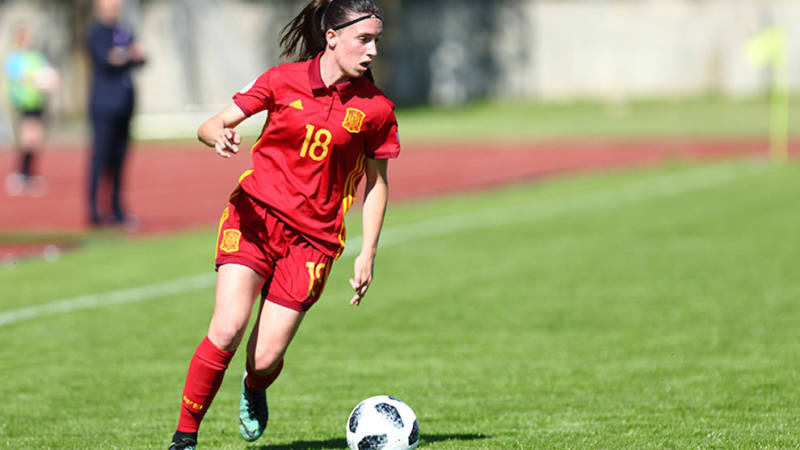 Eva Navarro may be referred to as a Spanish talent for the future, but what many fail to recognize are the waves she has already made within her career so far. Navarro is a technical and hard-working player for Levante UD, and the Selección Española Femenina, though is still largely integrated into the youth age groups, getting two international appearances for the full national team last year. Navarro scored the second highest amount of goals within Levante this past season and recorded one assist. At just the age of 19, Navarro already has two seasons of experience in the Primera División under her belt along with her success at youth age groups. Navarro was a starter for Levante last season with various players of international caliber, Banini included, and was a standout amongst Spanish wingers this past year coming third in the league.

The 19 year old plays primarily on the right wing, and loves to drift towards the inside of the field or collect balls from more defensive areas. Navarro looks to be a player that is almost impossible to track, both with and without the ball. She has a high level of awareness in terms of where she needs to be and spaces to drive into, a skill usually found within seasoned internationals. Navarro is capable of developing combination plays almost anywhere on the field, creating opportunities for others to capitalize on, or cutting inside herself to create a chance at goal. An example of this was in Navarro’s goal against Real Betis, where Navarro received the ball out wide before dribbling around defenders along the 18 yard line to find a gap to shoot. This goal is the epitome of what it means to be a successful Spanish winger, and Navarro’s stutter steps and vision to see the goal make this all the more apparent.

Throughout her career, Navarro has represented Spain at all levels, moving up the youth age groups and making her place on rosters known. She has played in three UEFA Women’s U17 European Championships, coming in first on her third, two FIFA U17 Women’s World Cups, and a UEFA Women’s U19 European Championship in the past five years, playing an important role in many of these tournaments as she has gotten older. At the age of 17, Navarro was called up to represent Spain at a U20 level, playing all six games at the 2018 FIFA U20 Women’s World Cup before ultimately losing to Japan in the final. Navarro was most likely set to represent Spain at this level again in 2020, though the events of this year have moved the tournament to 2021. Because of this, Navarro will be eligible to represent her country for an eighth major tournament at the international youth level, all before the age of 21. Although her age is a huge factor in the amount of the potential this Levante forward possesses, the RFEF almost seems to attempt hindering this talent by placing a transfer clause on various players under the age of 23. The clause prevents players from leaving their current club unless the team they wish to transfer to is willing to pay a hefty sum. Although this may not be an issue for Navarro in the future, as the team most interested in her is exempt from this clause, it is likely that she will want to transfer clubs to continue to develop her skills and grow her arsenal. Players under this clause have already left the Spanish league in order to do just this, but it is unknown what Navarro will choose in the next few years.

Overall, the Spanish league is overflowing with underrated talent and wizardry from players of various nationalities and ages, and is a league to watch out for in the future. Because of the amount of players that fit the description of this article, be on the lookout for more blogs continuing this series in the coming months.