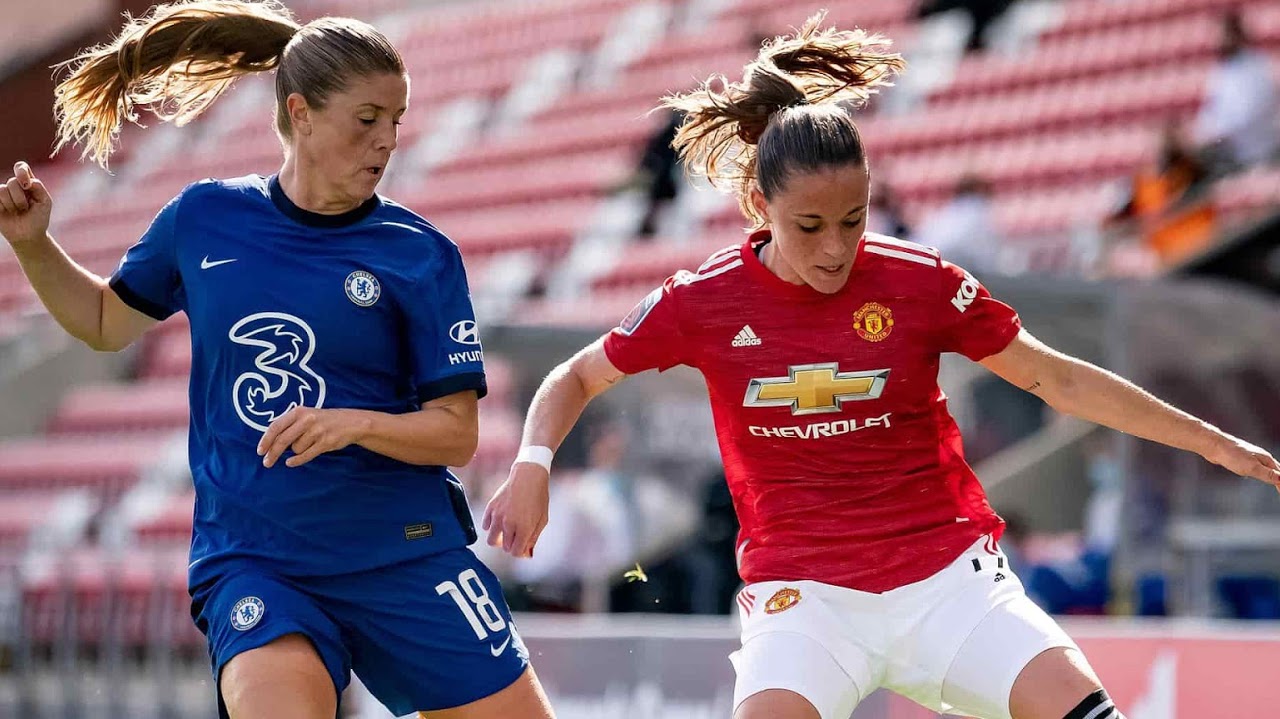 The Primera División Femenina, the top division for women’s soccer in Spain, boasts some of the most amazing talents in the sport, with it’s national team already pushing the United States to their limits. The league is still in the early stages becoming one of the world’s most highly regarded divisions, with a prospering set of international youth development squads and wide-ranging interest. Although the league is known for being technical, competitive, and passionate towards improvement and success, it has been hindered by the lack of support given from the Royal Spanish Football Federation (RFEF), the federation that all registered top division soccer teams in Spain are held under. Nevertheless, the league is thriving in terms of creating and taking in amazing players to advance the division even further and to foster talent.

This article dives into the overview of 21 year old Spaniards, Ona Batlle and Damaris Egurrola. As the first Spanish players to enter the league since Vicky Losada, Marta Corredera, and Natalia Pablos in 2016, this analysis will discuss why Batlle and Egurrola have decided to join the Barclays FA Women’s Super League, and provide insight into their unique styles. Both have one thing in common though, and that is the fact that they could be given the title of the Underrated Wizard of Spanish Women’s Soccer. 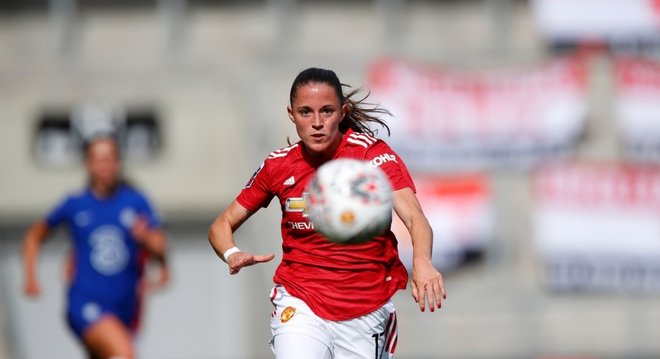 Ona Batlle is nothing less than a rising star in the world of women’s soccer, recently making the leap to start her career in England with Manchester United. The Spanish fullback is technical and composed, not afraid to show her confident Spanish flair by making overlapping runs down the wings and anticipating interceptions. At the mere age of 21, Batlle has already started to make waves within the English soccer community. From being voted player of the week for her first game with United, to drawing against a stacked Chelsea side, this is a promising start to the league for the young left-back.

Batlle started her club career within La Masia, growing up alongside the age ranks within the FC Barcelona youth teams and eventually becoming an integral figure in Barcelona B’s run to become champions of the Segunda División in 2017. After the 2016-17 season, Batlle made the decision to leave the club that she said had “formed her,” signing for the newly promoted Madrid CFF. Batlle would go on to make 28 appearances for her club that season, setting her sights higher as her level of play flourished. Batlle played two seasons with Valencia’s Levante UD, and made her Spanish National Team debut during this period. Levante UD went on to claim third place in the COVID-19 restricted 2019-20 Primera División season, before one of the biggest names in sports history, Manchester United, showed interest in the young Spaniard.

At 21, Batlle is no stranger to the international set-up. With only five caps to her name, the Spanish fullback is still very early on in what has shown to be a promising career, even though she has already played in numerous successful youth international campaigns. Jorge Vilda, the Spanish National Team coach, has shown consistency in calling Batlle up to the senior squad for recent fixtures and tournaments, trusting her to perform against some of the biggest teams in the world during the She Believes Cup earlier this year.

It is hard to take eyes off of Batlle. For Levante, Batlle led on the field with a playing style defined by an air of determination, carrying her team forward with her individual strides. Batlle uses this pace and confidence to her strength and is never afraid of pressing towards midfield areas to play long balls further up the field to her attacking teammates. Although this term may technically be referred to as bypassing the midfield lines, Batlle makes her version of the narrative more distinct. She not only plays through her midfield lines, but within them as well. As seen in many other Spanish center-half and fullback styles, defenders can press into defensive midfield roles, opening up pockets of space for the central players to have freedom with the ball. Batlle adds another layer to this depth. She is a player that likes to pick and choose her moments, bolting up the pitch to combine with players in the center of the field. If Batlle has been put in a center-back role, something not uncommonly seen in her last season with Levante, the Spaniard plays similarly, pressing when she wants to and sitting back to provide security. For her first few weeks in Manchester United, Batlle has presented her style unfazed, unafraid to dribble at defenders and perform. Batlle has years to completely grow into her best, whether that be through Manchester United, back in Spain, or at a completely different club. Batlle is one to watch out for in the future. 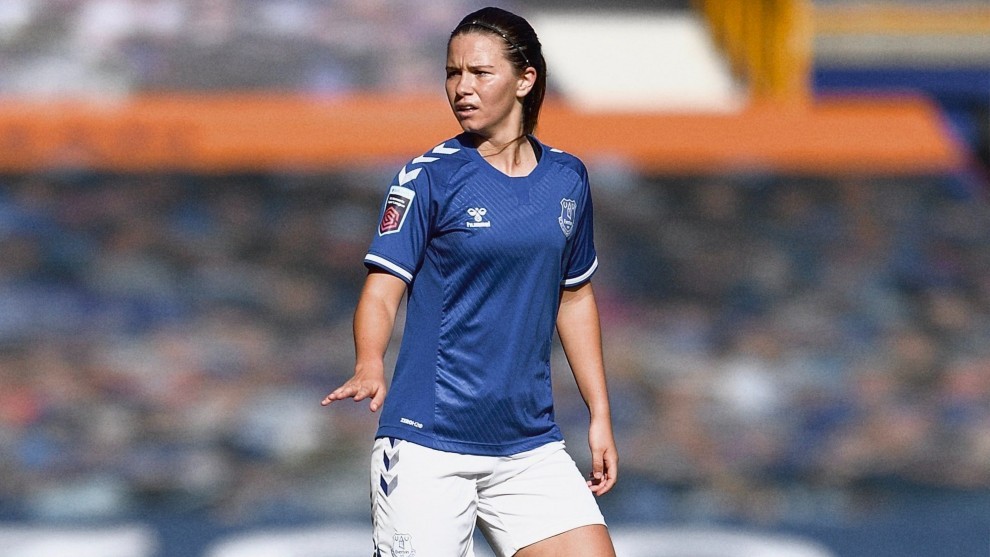 Damaris Egurrola is a name that flies under the radar for many women’s soccer fans. The 21 year old defensive midfielder is an interesting talent to watch. The American born, Basque ball player was brought into the Athletic Bilbao setup in 2012, where she would remain to play for their highest youth team in the Segunda División. Egurrola made her debut for Athletic Club Femenino at the age of sixteen. She would remain there for five more years before, similarly to Batlle, intriguing opportunities abroad came calling. Everton was the club of interest, and Egurrola has gone undefeated in all competitions throughout the beginning stages of her time at the English side. As a player, Egurrola is very composed on the ball, with a high level of patience in both her defensive positioning and long ball distribution. She uses her physicality and large height advantage to her strengths, putting her body on the line and forcing midfield turnover frequently.

Recently graduating out of the Spanish youth ranks, Damaris Egurrola has played in the top divisions of Europe since she was a teenager and knows the game of soccer better than most seasoned professionals. Egurrola is a visionary, with accurate foresight of where the ball is going to be played and where to be in most given situations. Not a flashy player, Egurrola has a very high level of technical skill that can be utilized when she is under high-pressure situations, or orchastraighting an attack from a deeper position.

Over the past few years, Egurrola has grown into her style as a Primera División player. During one of the biggest games of the season, Athletic Bilbao held the the champions, Barcelona, to a nil to nil draw until the midway point in the second half. Athletic were able to delay play through the midfield, and press quickly on counter attacks, giving the team opportunities to unleash their pace up top through Lucía García. This was in large part due to Athletic Club’s ability to stay compact in the center of the field, and not allowing players such as Alexia Putellas or Patri Guijarro time to pick out a harmful pass. Egurrola, of course, was at the center of it all, battling hard to stay in the game.

With time at youth national team levels, Egurrola has found herself in a similar role to that of her one for club. With a crop of talented, technically gifted teammates, it was more important than ever to use her mental maturity on the ball. Egurrola ended up winning the 2017 edition of the UEFA U-19 Women’s World Cup, and again lifted the trophy a year later with the U-20s. Although her time representing Spanish youth levels has drawn to a close, fans can be sure to look out for Egurrola on the team sheet for the Spanish first team in the coming years. 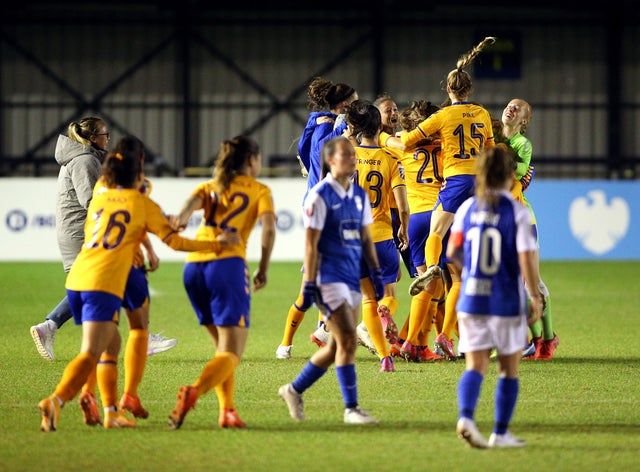 In an attempt to regulate the amount of younger talents moving to clubs at the top of the table, the Royal Spanish Football Federation (RFEF) has placed a transfer clause on certain players who have been in the Primera División for a number of years. Although the federation may have had good intentions, it resulted in upheaval for both players and clubs alike. Both Batlle and Egurrola have decided to forgo this clause, moving to a different league altogether. Even if particular clubs had been exempt from this rule in July of this year, there are other reasons why a developing Spanish sports-woman may choose to move across seas to England.

Last fall, the majority of players in the Primera División decided to go on strike in response to the lack of action taken by the RFEF to make the league more player friendly. All For XI, a website for the women’s soccer community, explains the situation in depth, stating that that players were fighting for basic rights such as a minimum salary of $17,750 for a 40 hour working week, assurance to regulate and pay for injuries, maternity leave, paid leave of absence, and an adequate sum of money for players dismissed by their club. Although the Barclays FA Women’s Super League (FA WSL) struggle with their own issues and lack of response, the league is fully professional, with each player given the opportunity to have soccer as a full-time job. The Spanish league is still viewed by the government to be amateur, even though the talent pool is more than wide enough to stock all of the teams that invest. England offers more equitable treatment of women’s sports, more recognition, and a chance to learn from other players all around the world. The league is also more competitive than the Primera División, giving players a greater opportunity to make it to the later stages of tournaments and compete for Champions League spots, the most prestigious tournaments in Europe. The FA WSL is now starting to grow into it’s label as the best league in the world, and for young talents such as Batlle and Egurrola, that is a hard opportunity to pass up.