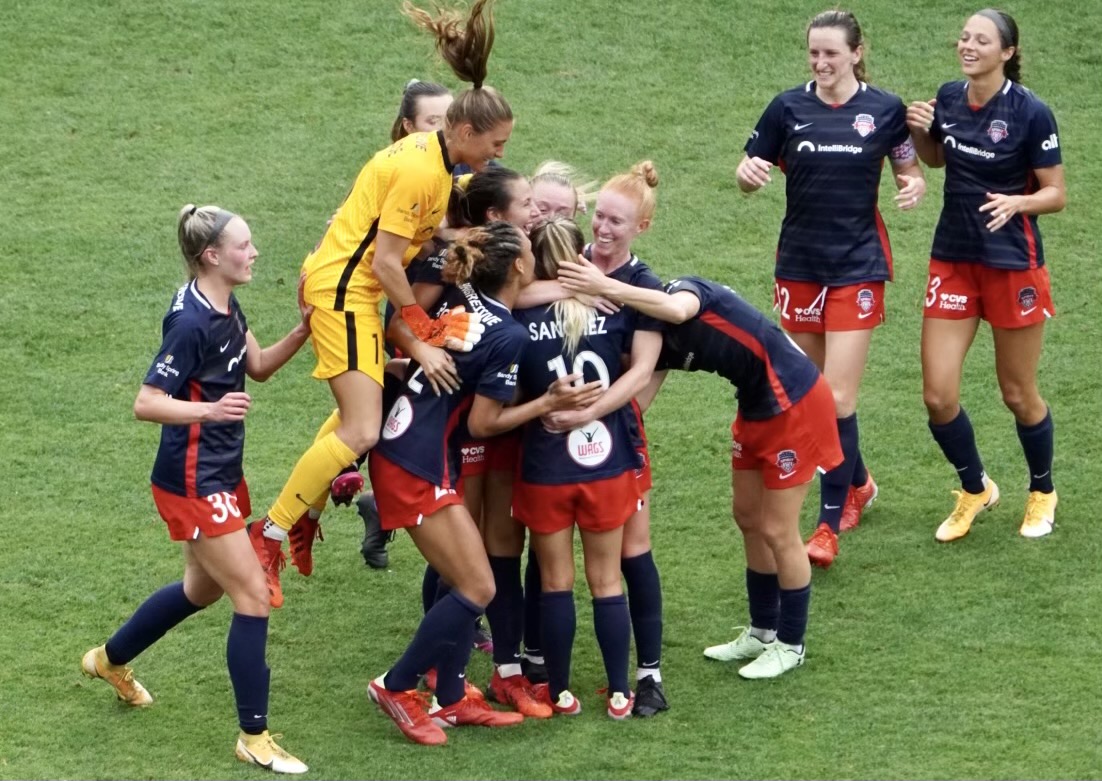 This has been a high stress time for United States Women’s Soccer Team (USWNT) fans. Although winning a bronze medal in the Olympics is no easy feat, the United States only won two out of the six games in regulation time. This is a sharp decline from their seven wins out of seven games in the Women’s World Cup two years ago, and is unacceptable for the majority of the fan-base and the players themselves.

News outlets and social media pages cite numerous reasons for the USWNT’s poor performance, including that the team was too old. These discussions have sparked conversation as to who the next generation of United States players will be and where they will come from. Many fear that there isn’t a new generation capable of taking over at all.

Recent Washington Spirit matches, including Sunday’s versus the Orlando Pride, provide a glimpse into the future of United States soccer. That future is Trinity Rodman and Ashley Sanchez. 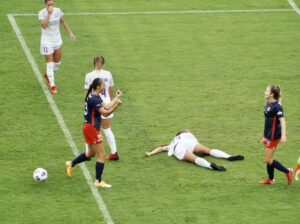 FIRST HALF: The Washington Spirit set the tone of the match from the moment they stepped on the field, with two notable attempts on net in the first 15 minutes. In minute 22, Trinity Rodman kicked the game up a notch. She hit the underside of the crossbar after bolting down the field to catch the Orlando Pride on the counter from a clearance by Saori Takarada. Her second shot came just four minutes later. She fired the ball at the near post, almost beating Orlando keeper Ashlyn Harris. Tara McKeown was unable to convert the rebound.

Although the Spirit had the better of the opportunities in the first half, Orlando were not going to go unnoticed. In the 35 minute, Aubrey Bledsoe made an excellent double save against Sydney Leroux for the Pride’s first real action of the game.

SECOND HALF: The Orlando Pride made sure to assert themselves in the second half, earning their goal from Brazilian legend Marta in the 68 minute. Two minutes later, a cross was lifted into the box by Kelley O’Hara. The former Atlético Madrid fullback Kylie Strom miss-hit the clearance, leaving Ashley Hatch open to strike the ball past Harris to leave the teams with one a piece.

Just moments before the end of regulation time, Trinity Rodman made a lengthy run down the right side of the field, spinning Strom to get behind the Orlando defense. Rodman then had the presence of mind to find the late run of Ashley Sanchez. Sanchez took a touch around the Orlando defender, and then blasted the ball into the upper left corner of the net. The win leaves the Spirit in third place heading into next week’s clash against the North Carolina Courage. 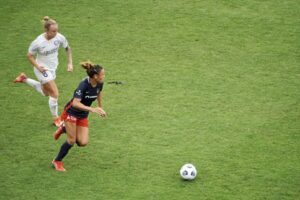 Trinity Rodman was born in California two years after the turn of the century. At just 18, she was the youngest ever draft pick in the NWSL. Rodman plays with a swagger and maturity that could have only been achieved through years of grind and not taking no for an answer.

In an article written by ECNL, author Jacob Born states that Rodman’s U14 team fell in double overtime to lose the final of the ECNL National Championship match. From there, her team went undefeated for five years straight, earning her five ECNL titles from both her own age-group and age-groups above. Rodman also attributes her mom’s strength and their relationship as a huge inspiration for her winning mentality. Growing up in a supportive environment and constantly pushing towards actionable goals was a catalyst for the player that Rodman is today.

In terms of play, Rodman’s style is like that of established stars Delphine Cascarino and Lynn Williams. She is absolutely rapid and it proves to be nearly impossible to take her off the ball. But it is not just her physical attributes that put her light years ahead of other players her age. Her awareness to pick out the right pass after sprinting down the entire field and her vision to give her teammates attacking options make her an invaluable asset for any professional team.

During the qualification tournament for last year’s U20 Women’s World Cup (cancelled due to COVID), Rodman racked up eight goals and six assists, electing her to be a candidate for the US Young Player of the Year award. This year, the 19 year old is playing her rookie season with the Washington Spirit. Half way through the NWSL season, Rodman has already scored four goals and assisted three. 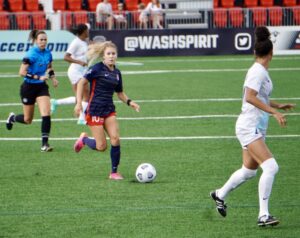 Ashley Sanchez is already a well-known player in the world of international women’s soccer. To start, Sanchez captained the United States U17 squad through their youth Women’s World Cup in 2016. In the months following, Sanchez attended the U20 Women’s World Cup, becoming the first American to play two World Cups in the same year. In 2016, Sanchez ended her spectacular season by winning the US Young Player of the Year award and the NSCAA Youth Girls All-American Player of the Year award.

By 2019, Sanchez had attended her second U20 Women’s World Cup and had played with the United States U23s. At the time, Sanchez was attending college at UCLA, a premier soccer school with a reputation for producing top-quality players. It came as no shock when ex-Spirit manager Richie Burke drafted Sanchez fourth in the 2020 NWSL draft.

By this point, readers will be unsurprised to know that Sanchez took home two awards in her rookie season, even with the ongoing pandemic testing limits. Sanchez received the 2020 NWSL Challenge Cup Future Legend award for the inaugural NWSL Challenge Cup and the Young Player of the Year award by the Spirit. Her second NWSL season proves to be no different. With Sanchez’s game winning goal on the weekend against the Orlando Pride, the Washington Spirit have been rocketed into third place. This will put them in contention for the regular season title if they beat the North Carolina Courage on Sunday.

Sanchez plays a similar role for the Spirit to the two time UEFA Women’s Player of the Year and Chelsea midfielder Pernille Harder. She is a pacy midfielder or forward with the technical ability to baffle any onlooker. Her vision while passing, skill in tight spaces, and long range shooting are what make her one of the top goal-scorers for the Spirit this season and surely one of the best in the league.

It is understandable for USWNT fans to be concerned about the current state of their national team. Believe me, I get it. I am just as concerned as the rest of the fans in my country. But, there is not so much to be fearful of after all. Trinity Rodman and Ashley Sanchez are the future of United States soccer. The talent and star-power is undeniable. All they need is a chance to prove it.