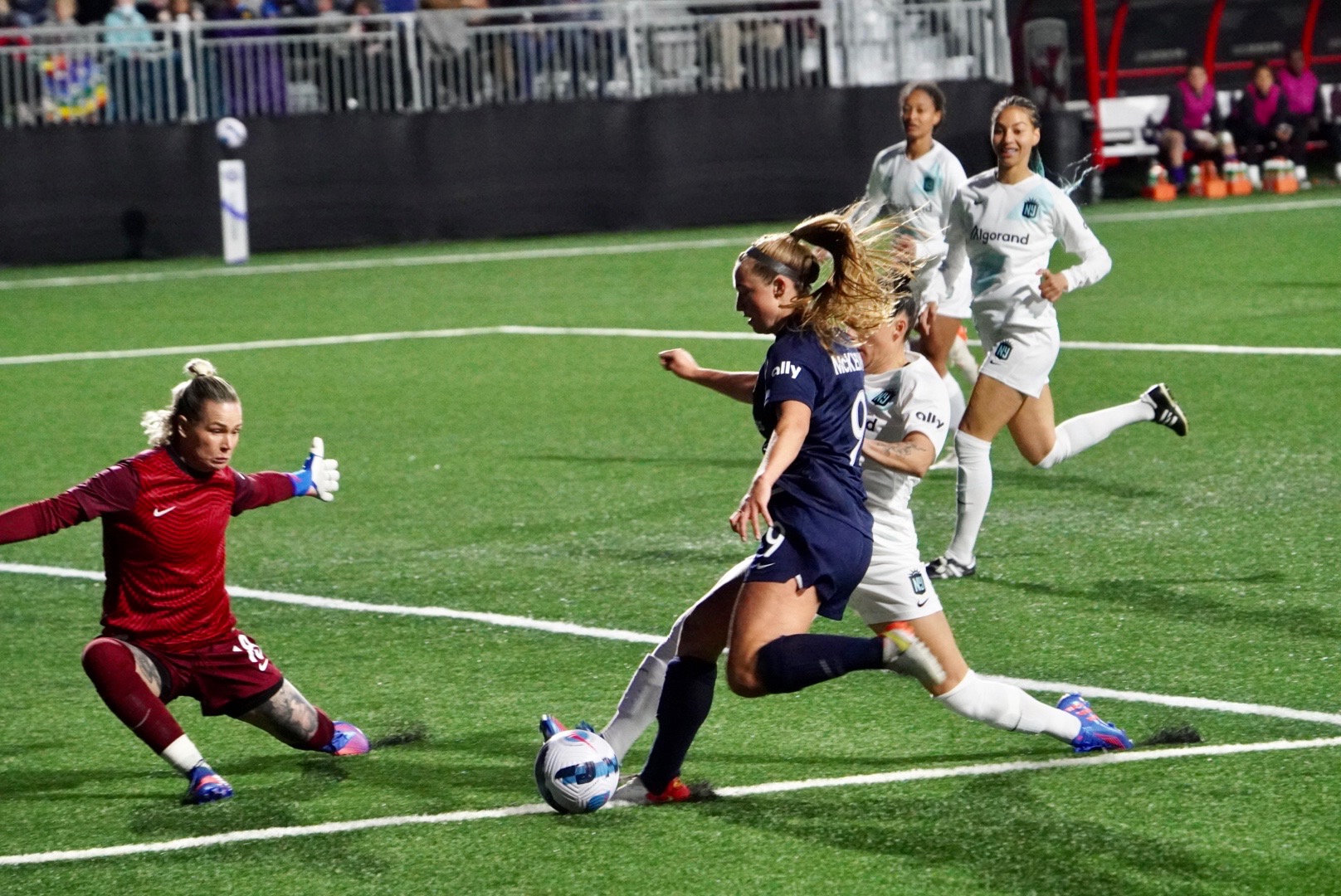 The Washington Spirit have kicked off the Challenge Cup with two points from two games. Although the result is less impressive than expected, the Spirit still showcase why they are one of the best in the league.

The combination of individual talent and tactical maneuvering allow the Spirit to explore their pre-season options. The Challenge Cup sets itself up as a tournament to kick off the season with a feisty undertone. Each team is ready to battle their way through to the final, even if mid-season form seems a millennia away.

Similar to previous years, the Spirit pride themselves on young, exciting talent. Tinaya Alexander, the Spirit’s first round draft pick, earned herself a start after a mature first appearance against Orlando. The forward out of Louisiana State University adds depth to the home side, allowing for greater variety in tactical options. Otherwise, the Washington roster remains largely untouched, with players emoting shared chemistry and desire to win onto the field. 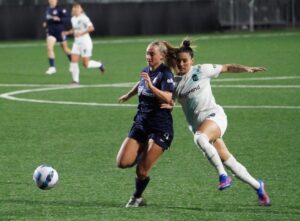 Match highlights can be found here

If five yellow cards are anything to go by, the Spirit’s home opener was a heated matchup. The Spirit walked away from the match with 29 shots on goal, while Gotham registered eight. Washington clearly outplayed their New Jersey opponents until it came to finishing on net. Significant opportunities came for young stars Ashley Sanchez and Trinity Rodman in the first half. Rodman caused a penalty on the other end of the field. Kristie Mewis put away her first goal of the season in the 23rd minute.

The second half was a similar story. Last years’ Golden Boot winner Ashely Hatch started her scoring streak with a bang after making an impact as a halftime substitute. Amber Brooks was sent off in minute 64 for her second yellow card and the Spirit went down to ten. The Spirit were unfazed in their attack, nearly doubling their lead a number of times through Hatch, Rodman, and Sanchez. The game ended 1-1, with a Twitter feud ensuing in the following hours. 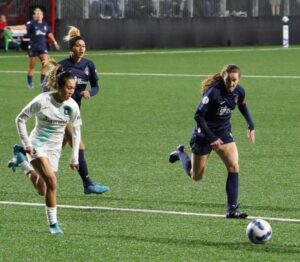 The Spirit played in a 4-3-3 formation with a fluid playing style to suit individual talents. Without Emily Sonnett to anchor the back line, the Spirit used Andi Sullivan as their primary distributor. To utilize space on the wings, the back four turned into a back three, with Kelley O’Hara released to become a second winger behind Tinaya Alexander. Alexander and Trinity Rodman switch places midway into the first half to both allow Alexander less defensive responsibility and to use O’Hara to occupy more central areas.

Andi Sullivan’s role was less flexible, forcing her to cover the space in front of her back line and ping balls up the field towards her front line. With Taylor Aylmer in the mix, Sanchez played as a second striker, rarely dropping into the midfield to defend.

After Amber Brooks was sent off with a red card in the second half, the Spirit took out Aylmer in the midfield to keep their defensive block as well as maintain an attacking presence. This doubled Sullivan’s responsibilities, holding her accountable for covering the entire midfield through stamina and positional awareness. 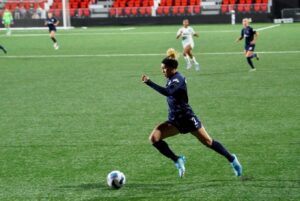 With US National Team call-ups Ashley Hatch, Ashley Sanchez, and Trinity Rodman in their ranks, the Spirit are renowned for individual talent and flexible positioning. When Hatch came in as a half time substitute, the movement and press from the forward line.

As Hatch dropped into midfield, Rodman and McKeown pulled central, leaving the outside channels open for Sanchez and Kelley O’Hara to make late runs. Sanchez in particular was lethal on the wings, placing pressure on the Gotham fullbacks. After the red card, Hatch became an additional playmaker in the midfield alongside Sanchez. The Spirit kept fluidity in their attack with one less player in the midfield.

Furthermore, the Spirit press throughout the second half pinned Gotham in their own third. O’Hara and Roddar’s forward movement in the second half allowed them to mark outside options. This forced Gotham to play long.

As the Spirit continue their Challenge Cup this evening against the North Carolina Courage, the feisty and determined nature of the champions will continue to shine. Chemistry and clinicality will improve and all of the work done last season is set to carry on.