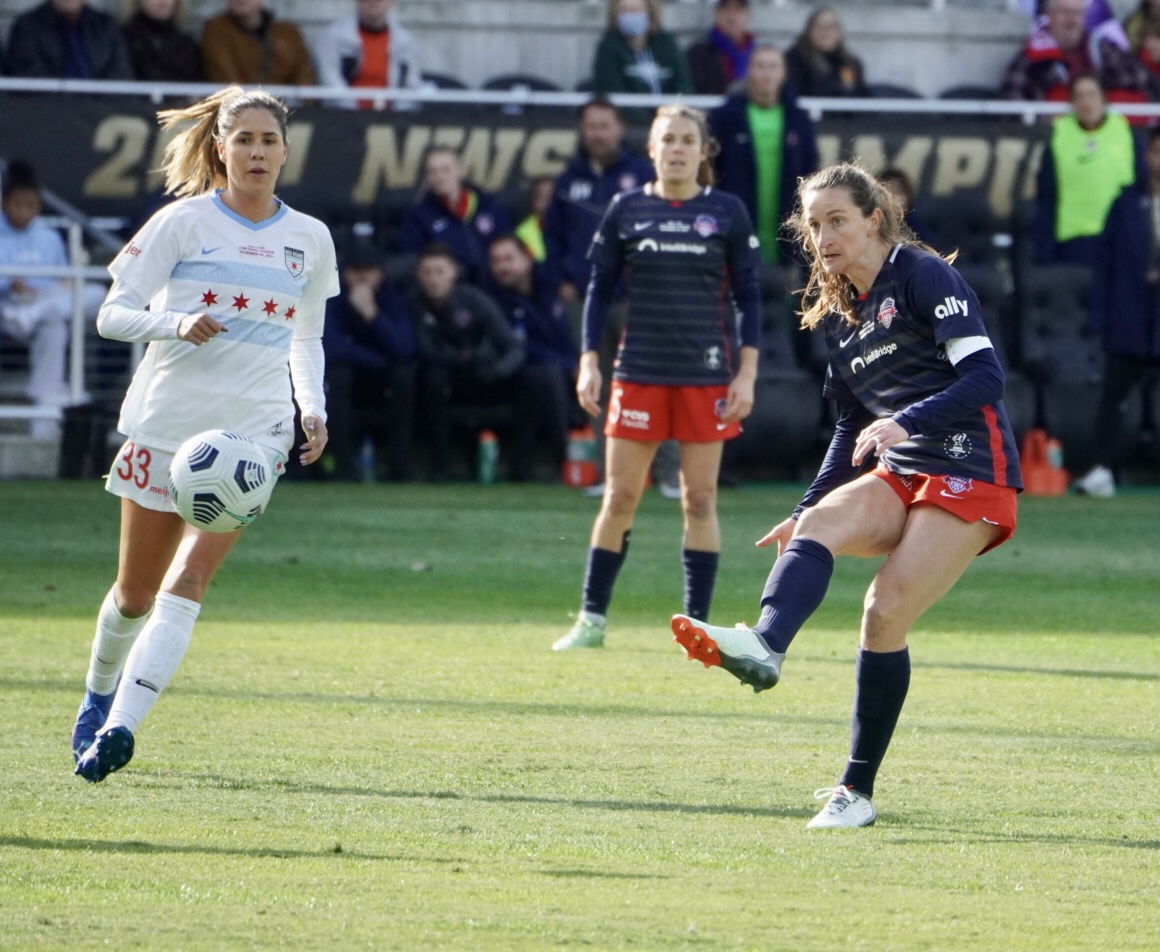 A Player Analysis of Andi Sullivan, Captain of the Washington Spirit

The Washington Spirit have been on a winless streak since early May, when they beat OL Reign to qualify for the Challenge Cup final. In their most recent match against Racing Louisville, the game ended in devastating fashion. After holding a 2-0 advantage at the break, the Spirit squandered their lead in the 89th minute when Denmark’s Nadia Nadim bagged her second goal of the evening for the away side.

Game highlights can be found here.

In the past month, the Spirit have surrendered goals in the dying moments numerous times. In their game against the Orlando Pride in late May, the Spirit gave up two goals in stoppage time after being up 2-0. Against the North Carolina Courage, the Spirit tied the game up at 2-2, only to give up a late goal and lose the match. It is clear that the Washington Spirit are, on paper, one of the best teams in the NWSL. Seven Spirit players were called up to the United States women’s national team for their upcoming friendlies, a whopping 30% of the total roster. According to FIFA, the United States are ranked number one in the world. What gives? Why can’t the Spirit find their form and compete as they did last season?

The answer, although simple, is problematic. Without Andi Sullivan on the field, the Spirit struggle to create opportunities and limit defensive lapses. Sullivan has been dealing with injury for the past couple of months, and the Spirit’s results parallel her absence. 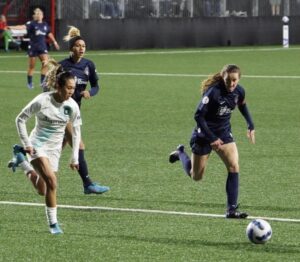 The Spirit typically play in a 4-3-3 formation with attacking-minded fullbacks to increase their numbers going forward. The Spirit compensate by only releasing one fullback at a time to join the forward lines while the rest of the defenders shift over to form a back three. This strategy is predictable. Against teams with fast, capable forwards (the vast majority of teams in the NWSL), the Spirit struggle to defend along the wings. This is apparent when the Spirit are unable to play their preferred starting back line, as has been the case this season.

Andi Sullivan makes this Spirit strategy more effective and less predictable. When gaps open up in the back line, Sullivan either positions herself to intercept the ball in midfield or becomes a temporary defender. Sullivan’s awareness allows for her fullbacks to be confident going forward and maximize the Spirit’s attacking capabilities. Additionally, central defenders such as Sam Staab and Emily Sonnett can push forward as they trust Sullivan will ensure limited gapping. Staab in particular has excellent accuracy on long-range passes when she is in midfield positions. Two crucial goals last season came from these long balls to Trinity Rodman. Emily Sonnett is also a net positive when defending in the midfield as her one versus one defending is world class.

Sullivan’s distribution is what makes her one of the best defensive midfielders in the game. For example, Sullivan’s ability to pick out diagonal balls to wingers allows for a fast transition into attack, making her the main connection between the back and forward lines. Rodman receives less distribution or chance to take on defenders one versus one if Sullivan is not on the field.

When the Spirit want to build in possession, Sullivan’s decision making on when to play forward gives Washington stability. An example of this can be seen when Sullivan receives the ball and plays a short pass to Sanchez who turns and finds Rodman to win an assist. This kind of play, although seemingly simple, is paramount for success in breaking down opposition.

If the Spirit want to keep the ball, and no one is dropping in to collect, Sullivan carries the ball herself. This only happens once or twice per game, but losing the ball in defensive areas when a team is transitioning to attack can lead to dangerous consequences. Here is a prime example of Sullivan intercepting the opposition’s pass, driving the ball up the field, and finding composure to play the perfect assist. 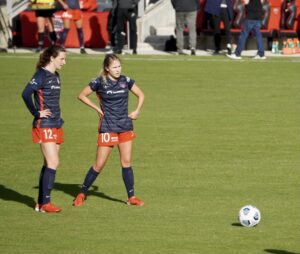 Many of the Spirit’s defensive issues this season are sourced from breakdowns in their midfield. The Spirit do not play a conventional three-person midfield, even if their formation on paper is a 4-3-3. In reality, Ashley Sanchez is given full attacking freedom to maximize creation of scoring opportunities and is excused from defensive responsibilities. This means Sanchez plays as a second striker just behind, or alongside, Ashley Hatch. This strategy is crucial to the way the Spirit play in the final third. Sanchez frequently rotates positions with Rodman or Hatch to create a free-flowing, flexible attack based on intricate passing combinations and field awareness. The physical and technical prowess of these three players describes perfectly why they have been included on the national team roster.

Unfortunately, Sanchez’s lack of midfield involvement means the Spirit central players are usually a man down. Taylor Aylmer and Julia Roddar cover for the absences of the injury-laden trio of Dorian Bailey, Tori Huster, and Andi Sullivan. If played together, these three midfielders gave the Spirit the option to play with a concrete 4-3-3, while still maintaining similar levels of flexibility.

Sullivan ends up playing many roles at once due to the absence of her midfield compatriots. Her primary role as a defensive midfielder is doubled because of the absence of a double pivot. Taylor Aylmer, who has slotted into midfield alongside Sanchez and Sullivan this season, plays more box-to-box to make up for Sanchez pushing forward. This gets to the heart of why Sullivan is a truly remarkable midfielder.

Sullivan, somehow, manages to cover her back line, be the main link up between the back and forward lines, and distribute the ball to wider areas at the same time. No other player is capable of this on the Spirit roster. Sullivan’s role on the field is extremely difficult and nuanced.

What makes this even more ridiculous is when, after being out with injury for most of the season, Andi Sullivan comes back and pulls off a Maradona after ratting the post from 30 yards out. 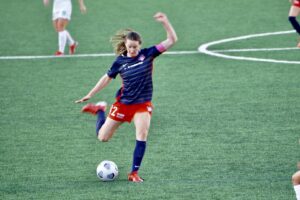 Andi Sullivan has been injured for the large part of the season so far. The Spirit have not won a game since their opening match against the OL Reign. As Kris Ward reflected in his post match interview, “I don’t think it’s a surprise that more bad things happen when Andi Sullivan is not on the field… I would love to look at what her plus-minus is because I think it’s massive.” Ward also compares the Spirit’s performance against Orlando to their game against Racing Louisville when Andi Sullivan is not on the field, stating, “We’re cruising when she’s on the field and then when she’s off the field there’s a collapse. The same thing tonight, and that’s disappointing in so many different ways but it also speaks to the type of player that she is and the fact that there’s only one Andi Sullivan in the league.”

Under all of that star power, the spectacular technical skill, and USWNT call-ups, Andi Sullivan is at the center of the Spirit’s success.