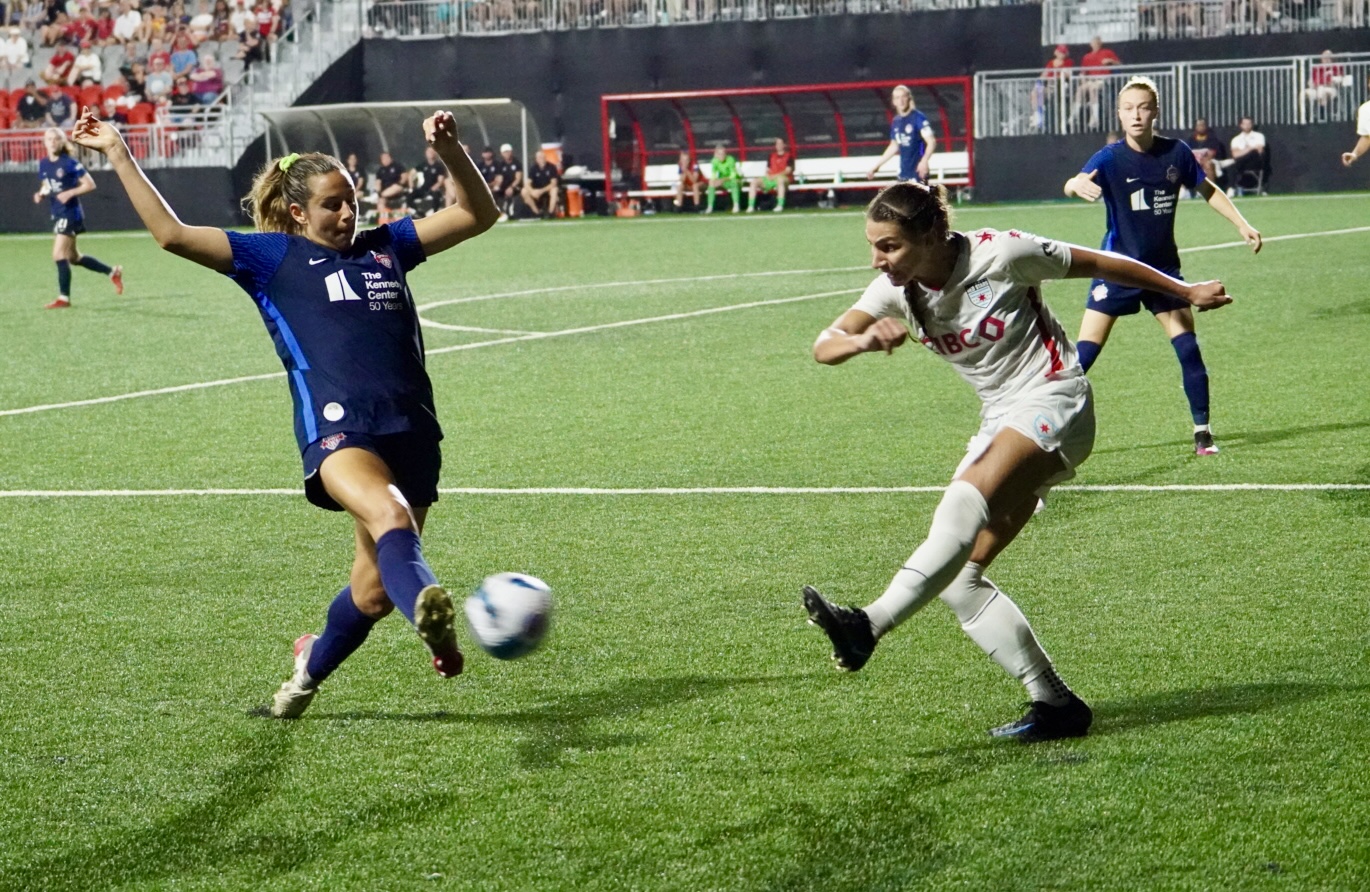 From May 15 onwards, the Washington Spirit have been unable to win a match. The reigning NWSL Champions’ last wins came against OL Reign, who they defeated twice in quick succession. Their second match against Seattle saw the Spirit advance to the NWSL final where they lost 2-1 to the North Carolina Courage.

The NWSL final against the Courage is not a match to analyze. The Spirit, exhausted, injured, and without a deep bench played one of the worst matches in NWSL history. After minute 70, the game was out of hand. Sam Staab’s poorly timed tackle on Kerolin left the Brazilian forward hobbling off the field with a knock to her ankle. A few minutes later, Ashley Hatch managed to spear Abby Erceg in the ribs while going in for a tackle. Hatch was later fined for this tackle even though the referee did not even pull out a yellow. The tumultuous events came to a head after the NWSL medical carriage needed to be pulled by Spirit players for injured teammate Jordan Baggett instead of the medical staff on hand.

Poor refereeing and worse scheduling from the league has set the scene for an already rocky start to the NWSL season for the Spirit. Without a fully fit Andi Sullivan or Kelley O’Hara, the Spirit are struggling to implement their game plans. Most of the Spirit’s starting lineup has all seen significant minutes following the NWSL final with little time to rest.

With this in mind, the Spirit’s first match against the Chicago Red Stars was the epitome of an, although feisty, exhausted Washington Spirit and a preview for their games against Gotham FC and their rematch against Chicago yesterday. The schedule doesn’t get easier from here, with a game every three or four days during the next month.

Match highlights can be found here. 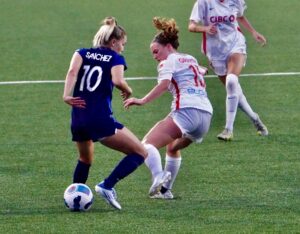 Chicago figured out Washington’s strategy fast, continuously overloading their right wing to expose the space behind Anna Heilferty. The Spirit tried something similar on their left side with Heilferty and Ashley Hatch, but this overload was non-existent in the first half because of a number of factors. Primarily, Heilferty’s lack of speed and Hatch’s lack of positional understanding was severely punished.

Any time Heilferty tried to force the ball up the right side, a counterattack would quickly follow either via the midfield or straight down the wing. Without Hatch as the central striker, Ashley Sanchez was unable to play as a second striker. As a result, Sanchez would drift wide to combine with either Hatch or Trinity Rodman. This left massive pockets of space for Chicago to play through the middle, especially if either Julia Roddar or Taylor Aylmer tried to push up. Without Andi Sullivan, Sanchez cannot play as a fourth forward. Sullivan’s intuition on the field and her ability to read opposition create the illusion that the Spirit have more than eleven players.

In attack, combination plays, flexibility, and unpredictability were lost through the absence of Hatch centrally and Sullivan on the field. The small amount of Spirit opportunities in the first half were generated through Rodman and Sanchez combining down the left side. 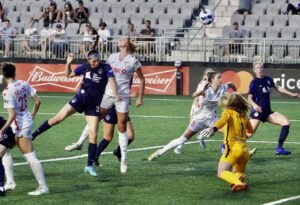 Unsurprisingly, the introduction of Andi Sullivan into the match made the game much more even. Sullivan’s distribution to wide areas quickened the Spirit’s transition into attack and allowed for more flexibility going forward. With Roddar and Sullivan in midfield, Sanchez was given full positional freedom. Even without Hatch central, Sanchez combined with Rodman and Hatch in wide areas.

Defensively, Sullivan provided stability and structure. If Emily Sonnett or Sam Staab pushed into midfield, Sullivan ensured there were no gaps in the back line. This also allowed the Spirit to implement their original plan of pushing Heilferty forward.

This structure set the stage for the substitutes to make an impact in the last twenty minutes of the match. The Spirit scored in the 86th minute off of a Sullivan set-piece which Staab headed home.

The Spirit did not win their matches against Gotham and Chicago in a game with little fight and tired legs. Looking ahead, Spirit will need to miraculously heal injured players and energize their key players for the Spirit’s second game against North Carolina on Saturday.