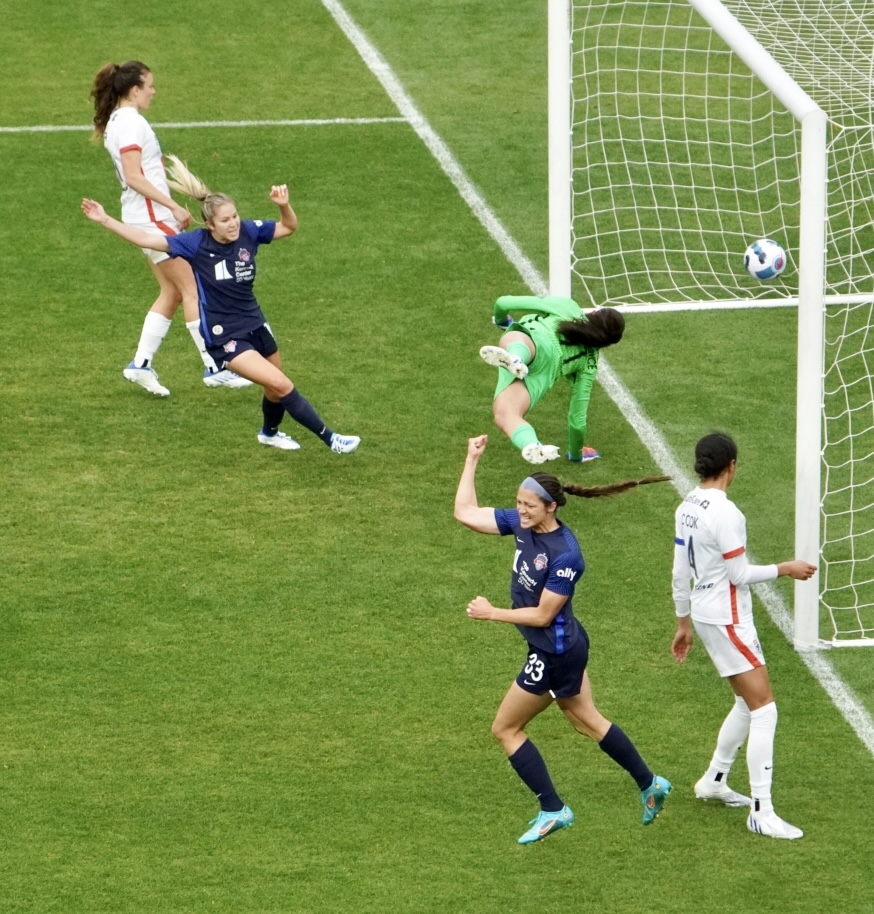 After a frustrating Challenge Cup group stage, the Spirit came out with a vengeance. An early penalty stop by Aubrey Kingsbury to deny Rose Lavelle set the tone for the match, with the Spirit scoring shortly after. Ashley Sanchez rifled the ball into the net from outside the box. Rose Lavelle found her form just minutes into the second half to pull the Reign level. As Spirit subs trickled in, Washington’s dominance became clear. The trademark long ball of Sam Staab to Trinity Rodman did its damage, creating a clear opportunity for Ashley Hatch to find the back of the net. The match ended 2-1 and the Washington Spirit were able to celebrate last season’s achievements off the back of an amazing performance.

The match highlights can be found here. 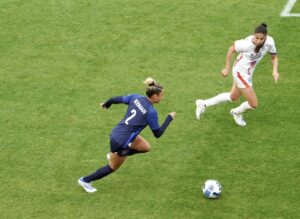 Due to a plethora of injuries, the Spirit were unable to start their preferred defensive lineup. This turned out to be no problem for the Washington side, as Kris Ward strategically positioned his team for success. The Spirit are adept at positional flexibility. Camryn Biegalski and Morgan Goff, the Spirit fullbacks, were given excess offensive freedom. With an already unusual back line, the question of gaps opening up in wider areas may have been of concern. However, the OL Reign are largely lethal through the exploitation of centralized areas. Additionally, Goff and Biegalski are speedy. When caught out of possession, both easily won in a footrace with the Reign wingers.

As was commonplace last season, the Spirit transitioned into a three back to allow for an extra wide-attacker. Kelley O’Hara is usually called upon for this scenario, but Biegalski proved to be a more than adequate replacement. After Kingbury’s penalty stop in the first ten minutes, Biegalski grew in confidence. Her interception in the fourteenth minute led directly to Sanchez’s fabulous strike.

Most attacking opportunities presented themselves as a result of this defensive flexibility. With Biegalski and Goff occupying central areas, Julia Roddar, Taylor Aylmer, and Ashley Sanchez found freedom in their passing movements. The passes that were not initially sprayed wide were contained within the midfield to eventually make their way forward. The OL Reign midfield, composed of Rose Lavelle, Jess Fishlock and Nicki Stanton went largely unnoticed in the first half as a result of the Spirit’s increased midfield numbers. 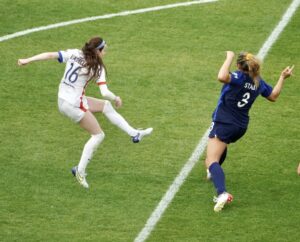 Unsurprisingly, the OL Reign figured out the Spirit’s fullback strategy as soon as the second 45 was underway. The Reign’s central players were given freedom to move into wider areas, consequently opening up space in the middle. The Spirit were unable to handle the influx of crosses into the box. Rose Lavelle scored after Aubrey Kingsbury bobbled one of these crosses.

Shortly after the score was leveled, Emily Sonnett was introduced into the fold. Sonnett’s aerial prowess significantly decreased the likelihood of the Reign scoring another goal using this method.

As the second half wore on, the Spirit’s starpower won out. Trinity Rodman’s lofted ball to Ashley Hatch sealed the deal for the home side. In actuality, the Spirit’s strategy was planned to perfection. If the Spirit could hold a lead until halftime using their first half strategies, they could bring on their usual starters in the second half to secure the win. Emily Sonnett, Dorian Bailey, and Kelley O’Hara and the unleashed attacking presence of Hatch, Rodman, and Sanchez performed to the same level of their Championship performance last November.

The Spirit play the Reign for a second time on Wednesday, May 4 in the Challenge Cup semi-final. Whether or not the Spirit are victorious largely depends on the availability of players in their squad. Looking ahead to the regular season, each team’s treatment of the Challenge Cup may vary. Is a pre-season tournament worth risking injuries?