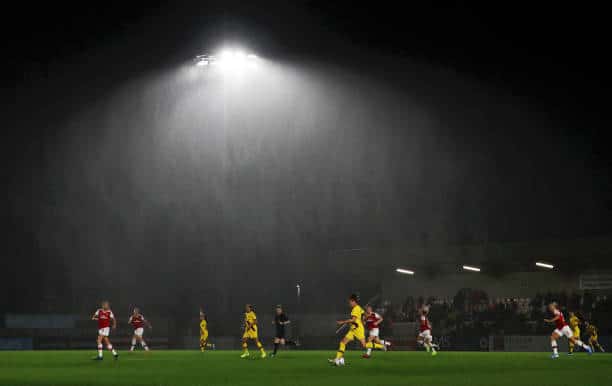 The world of women’s soccer has never been more exciting. Even though a pandemic has deprived us from watching from the stands, modern technology allows the dedicated fan a chance to fill up their calendars and stream women’s soccer fixtures almost every day of the year! (Here in Washington, DC this has meant watching many games before sunrise.) With the spring season upon us, now is a perfect time for www.OnlyWomensSoccer.org to share what we know about catching all of the action in women’s soccer.

Part I is here and covers the top leagues in North America and Europe.

Part II of this post provides information on seven of the top women’s leagues in Asia, Africa, Oceania, and South America as well as how to tune in. 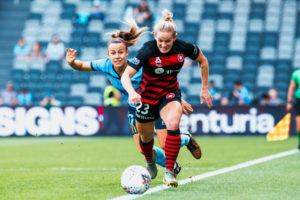 About the League: The Westfield W-League is rounding up its 13th season as the top flight league in Australia. The league was formed following the Women’s World Cup in 2007. American fans may know the league as a popular destination for NWSL players looking to play abroad during their offseason. This year the league runs from late December until April, making the W-League unfeasible for NWSL players.

What to look for in 2021: As the W-League closes in on its final fixtures, the Brisbane Roar are edging their way into the top spot. The Roar are level on points with Sydney FC who have a game in hand. This provides Sydney FC the possibility to win the league for the first time in 10 years. This season’s league final is fast approaching with the Brisbane Roar and Sydney FC in fierce competition with the Melbourne Victory and Canberra United for the trophy.

For all countries outside of Oceania: 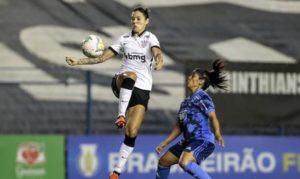 About the League: The Campeonato Brasileiro de Futebol Feminino was founded in 2013 to be played alongside the Copa do Brasil de Futebol Feminino. It has since evolved to become the top women’s league in Brazil, running from late winter/early spring until the late fall. The competition splits into two groups once all 16 teams have faced each other. The bottom eight fight against relegation and the top eight progress to play-offs.

Side Note: Brazilian states including Rio de Janeiro and São Paulo have their own domestic tournaments that run concurrent to the Campeonato Brasileiro throughout the year.

What to look for in 2021: As the annual transnational Copa Libertadores tournament has just finished in the past few days, the Campeonato Brasileiro starting date is later than usual. Fixtures will commence in mid-April with Corinthians and Copa Libertadores winners Ferroviária as strong favorites.

For all countries outside of Brazil: 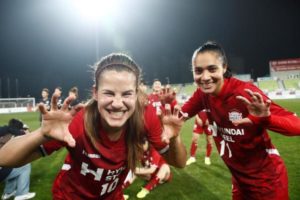 About the League: South Korea’s WK League is less than a month off from the start of its 13th season campaign. The regular season will start in late April and end in September, with playoffs to determine a league champion in the following weeks. Due to the COVID-19 pandemic, the number of game days has been reduced from 28 to 21. The WK League is semi-professional with eight teams. The league has no promotion or relegation system.

What to look for in 2021: The Incheon Hyundai Steel Red Angels have won the league for the past eight seasons. While the Red Angels do not look to be slowing down anytime soon, Gyeongju KHNP are strong competitors, with just one point separating the top two sides last season. 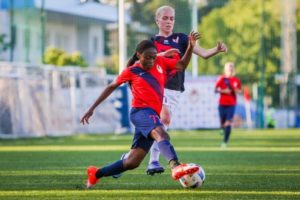 What to look for in 2021: CSKA Moscow has come in first the past two years, capitalizing on the arrival of Gabrielle Onguéné from Rossiyanka (a team that dissolved after winning the championship in 2016). After losing the Russian Women’s Cup to Lokomotiv last season, CSKA Moscow are entering into a year-long battle to repeat their success. 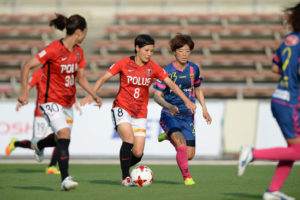 About the League: The Nadeshiko League held its inaugural season in the late 1980s. The top tier contains 12 teams with one promotion and relegation spot. The league runs in a spring-autumn format, though this is set to change with the addition of a new top tier, the WE League, in the fall of 2021. This additional tier will mean professionalism for women’s soccer in Japan.

What to look for in 2021: NTV Beleza has been a member of the Nadeshiko League since 1989, winning a record 17 times since it’s first season. However, the Urawa Red Ladies have been tough contenders over the past few seasons, winning the league for a fourth time last year. 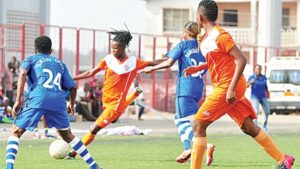 About the League: The NWFL Premiership held its inaugural season in 1990 following the interest from clubs and foundations in the decades prior. The league was rebranded in 2020, allowing for concrete player salaries and better representation of women in coaching and backroom staff. The NWFL Premiership fields 14 teams, with a promotion and relegation system with the NWSL Championship.

What to look for in 2021: The River Angels have won three out of the last five championship titles, and are looking to extend their run into this season. But it is 2018 winners Bayelsa Queens who take the top spot, with a full six points separating them and the River Angels.

#7: The Primera División A 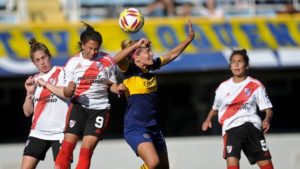 About the League: The Primera División A is the top-flight professional league in Argentina. The league was formed in 1991, with Boca Juniors and River Plate winning the majority of titles since. For the preliminary phase of the Primera División A, the 19 clubs are split into two zones. At the end of this stage, the bottom half of each zone will fight against relegation while the top four sides compete for the title.

What to look for in 2021: Boca Juniors are the reigning champions after smashing River Plate 7-0 in last year’s league final. The podium is not unfamiliar for Boca, who have won 24 titles since the league’s inception. Both River Plate and Boca Juniors qualified for the Copa Libertadores earlier this year.

The wide world of women’s soccer is just starting to realize how far it can go. Hopefully, providing informative and interesting content will allow Only Women’s Soccer to do its part with creating gender equality in sports. Stay tuned for new updates coming out soon!